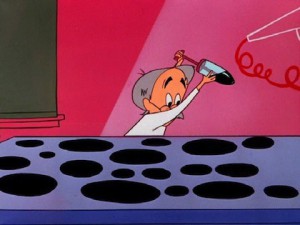 In the frame of the Ungebügelt (II/III) series hosted by Grüntaler 9 – a space towards the performative. This project is supported by Bezirkskulturfonds 2014 of the Bezirksamt Mitte.

‚Self-monitoring as a curatorial experiment‘ is a nine days research-residency based on a critical, experimental and cross-disciplinary dialogue focusing on collaborative curatorial strategies. With this exploration and introspection the practice of the curatorial is challenged and shaped in a real-time inquiry.

During these days, the curators Teena Lange, Judith Lavagna and Stefan Aue invite artists, researchers and curators to participate in this investigation and to transfer the insights into different time-frames and territories (beyond or other than art). In this on-going process speculative documents, critical workshops and brain-mapping series will be generated. This think tank puts the spot on various forms of knowledge production in the curatorial field which are worked into the production of a zine as an appearance and materialization of this ideas.

::::::::: Two public events, inaugurating and closing the research-residency, will present performances and reading/writing sessions related to this intensive research project:

# 14h
‚Some things about how I wrote most of my essays‘ A durational editing session performed by Carl Whetham and Joël Verwimp.

Based on their editing experience using skype during the past four years, Whetham&Verwimp will for the first time negotiate their ‚virtuosity‘ in public. This reading and writing session is a prelude to the upcoming Maria de Robe (MdR) presentation series at various Berlin Museum Collections.

# 16h
Introduction and discussion of the on-going project by Judith Lavagna, Teena Lange and Stefan Aue

A Performative lecture based on retrocausal information, explanation as composition, preposterous and parasitic protagonists, and the presentational potentials of plasmatic property.

This zine is still in production. It can be a mobile prototype, a raw shape, a mutable form. It is a speculative documentation that both affect and act on the investigation of our collaborative processes. It might be topologically structured.

Its production is timeline oriented, and will find its ‚momentus‘ this Saturday, as an attempt to stabilize nine-days of discussions, researches, Skype meetings, performances, eatings, talks and conflicts.

Now we have to go back to work and ask ourselves: IS THIS ZINE A CURATORIAL APPARATUS WHICH REFLECTS ON ITS OWN MAKING?

Post Brothers is a critical enterprise that includes Matthew Post—an independent curator and writer often working from elevators in Oakland, Antwerp, Berlin, and Bialystok. Post Brothers received an MA in Curatorial Practice from the California College of the Arts, San Francisco (2009); and a BFA from Emily Carr Institute, Vancouver (2006). He has curated exhibitions and presented lectures and projects in Poland, Mexico, Canada, the United States, Germany, Austria, Lithuania, Belgium, The Netherlands, and China, where he contributed a video and an unrealized screenplay in the 9th Shanghai Biennale (2012). He recently curated „12 Hours“ at Galerie Kamm in Berlin (2014), “The Excluded Third, Included” at Galerie Emanuel Layr in Vienna (2014) and “Clinamen” at Xawery Dunikowski Museum of Sculpture (Krolikarnia), Department of the National Museum, Warsaw (2013). He has an ongoing library/publication project, “Memoirs Found in a Bathtub”, at Objectif Exhibitions in Antwerp. His essays and articles have been published in Annual Magazine, the Baltic Notebooks of Anthony Blunt, Cura, Fillip, Kaleidoscope, Mousse, Nero, Art Papers, Pazmaker, Punkt, and Spike Art Quarterly, as well as in numerous artist publications and exhibition catalogues. www.postbrothers.org

Joël Verwimp is an artist and curatorial director at the Maria de Robe Collection, Berlin. Initially trained as a visual artist and cook, Joël Verwimp is currently doing research into forms of complicity and is since 2009 developing together with Nicolas Y Galeazzi the VerlegtVerlag as a framework for performance on paper. In 2011 he co-initiated the MPA (Month of Performance art) in Berlin. Carl Whetham is a photographer currently living and working in Almaty, Kazakhstan.

Judith Lavagna’s work experience between France and Germany drives her to enhance her approach of curating by a strong involvement toward the creation of group exhibitions, residencies program, performances, workshops, conferences and publications. Her reflexions have lately been based on collaborative practices such as collective curating (To perform an exhibition) and how to perform the curatorial and challenging into re-enacting it (The Performative Curatorial Studio, with Lara Merrington; History of re-enactment and re-enactment of performances, Haute École des Arts Décoratifs de Strasbourg (HEADS) and University of Visual Arts of Strasbourg, 2013; Politics of the small act, Museum of Contemporary Art GFZK, Leipzig, 2012). She was assistant director and curator of the gallery L’Atelier-ksr in 2013, Berlin, and worked for several residencies program since 2011 (Fugitif, Agora Collective). She holds MAs in Curating Contemporary Art (Université Paris IV Paris-Sorbonne) and Visual Art (École européenne supérieure d’art de Bretagne, Rennes). www.judithlavagna.com

Stefan Aue is working as a freelance curator and publicist in Berlin. Before he coordinated for two years the project „ArteFacts“ of the Berlin-Brandenburg Academy of Sciences and Humanities and developed a transdisciplinary program with a wide range of events and exhibitions on the interface of art and science. After his final degree sociology, psychology and communication sciences (MA) with the focus on spatial sociology and metropolitan studies he was working for international foundations in the field of political education. Since 2008 he was at the Academy where he developed projects in interdisciplinary mediation and science communication. Complementary he is attending since 2013 the MA program „Cultures of the Curatorial“ at the Academy of Visual Arts Leipzig.

Teena Lange is the Artistic Director of Grüntaler9 – a space towards the performative, which is a space in constant transformation, a space dedicated to live performances and time-based art, a space to investigate diverse theories and practices towards the performative. She studied Theatre & Performance Studies & Literature in Leipzig, Paris and Berlin. As a Program Coordinator and Research Associate she worked at the International Research Center “Interweaving Performance Cultures” at the Freie Universität Berlin. Her current work includes independent Performance Art Curating for Grüntaler9 Berlin, Month of Performance Art Berlin, Art Bosphorus Istanbul, Brooklyn International Performance Art Festival New York, >performance space< London and several more spaces and festivals.