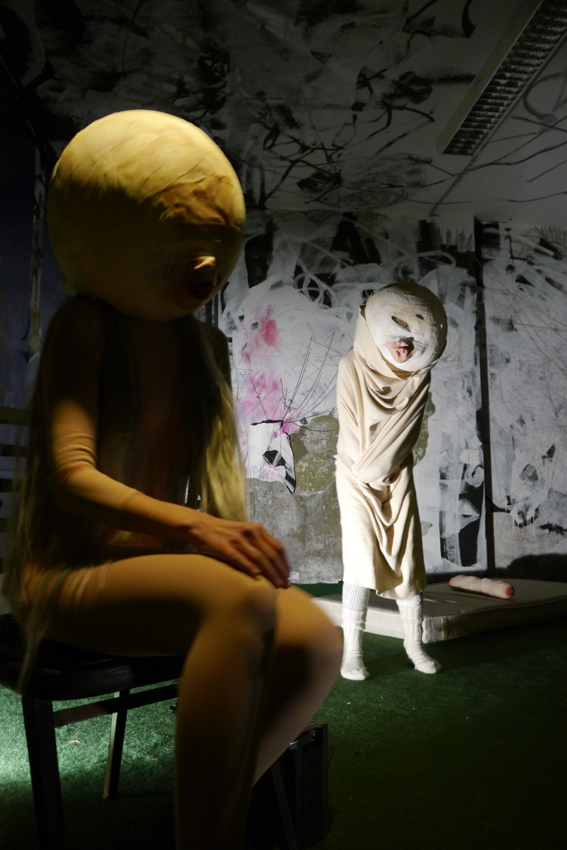 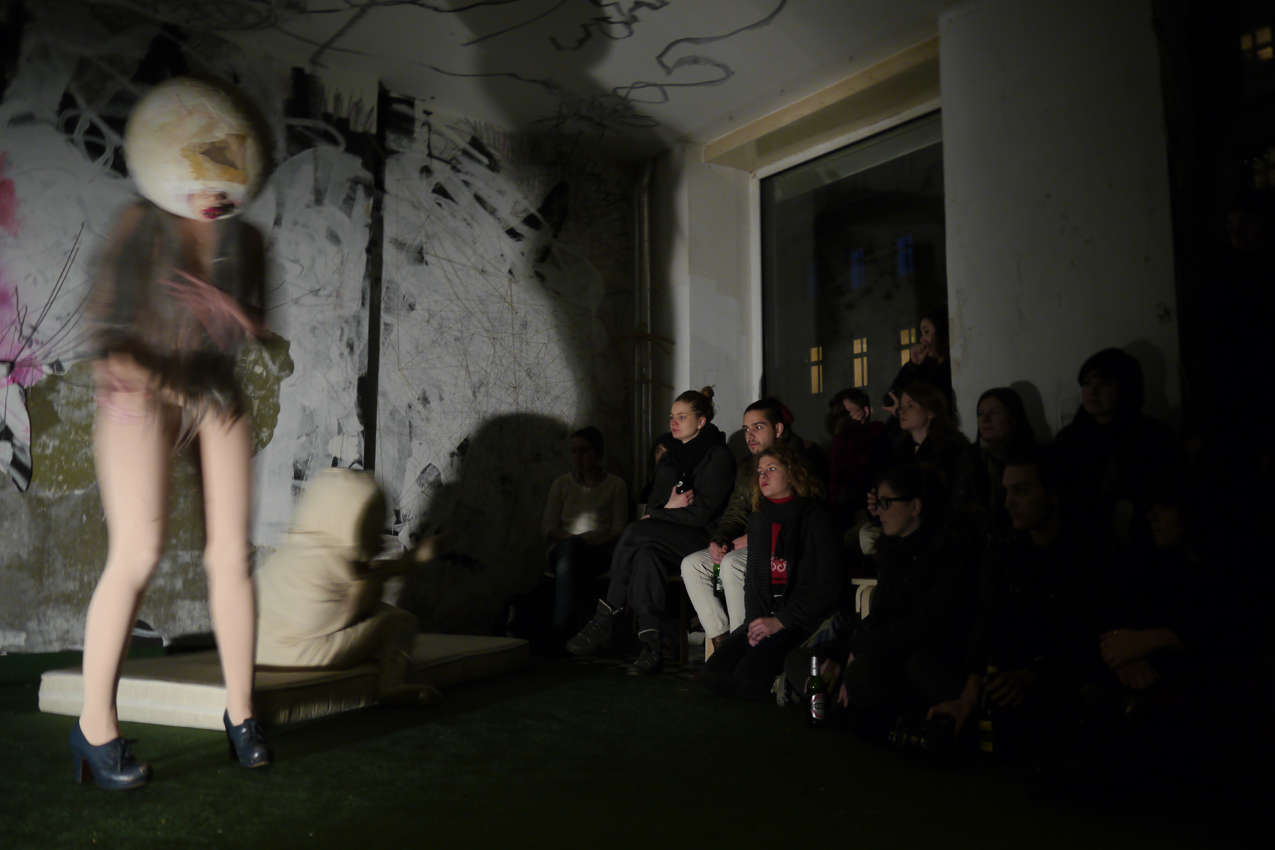 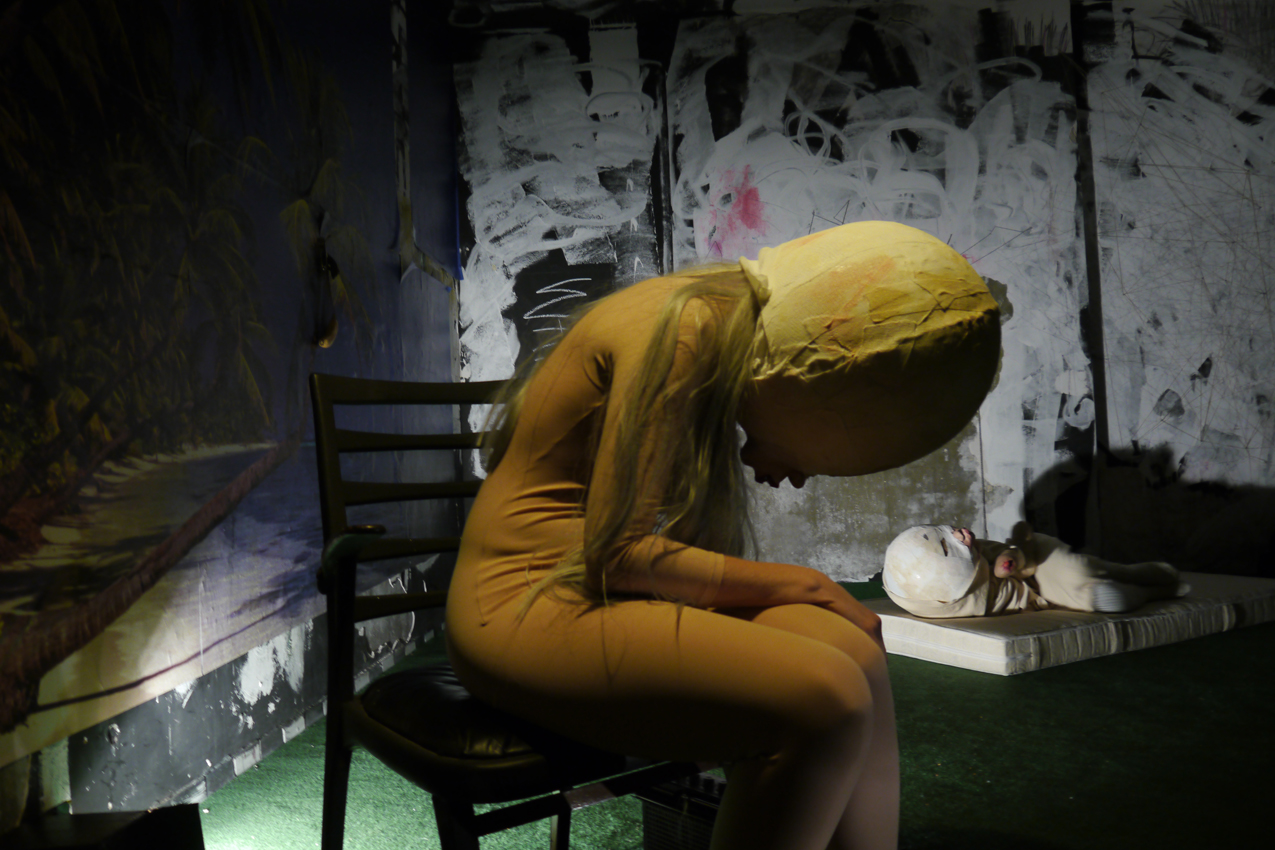 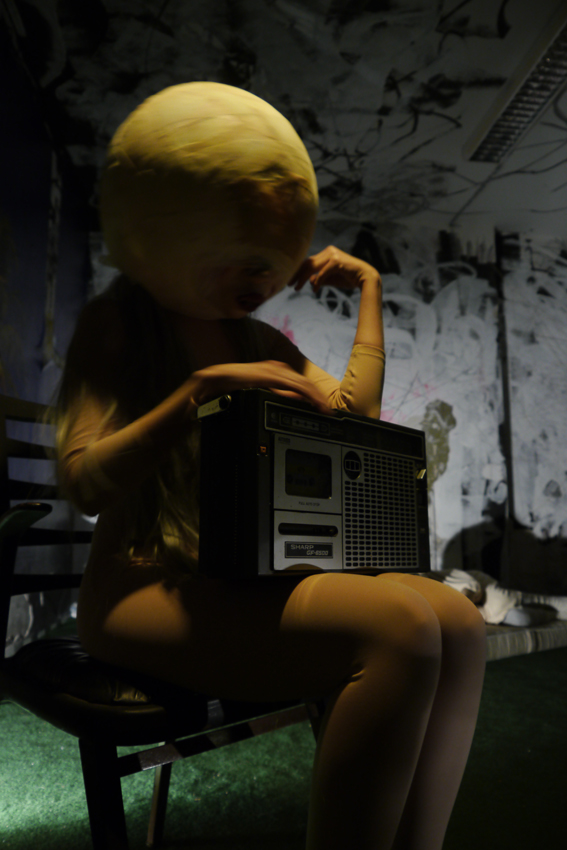 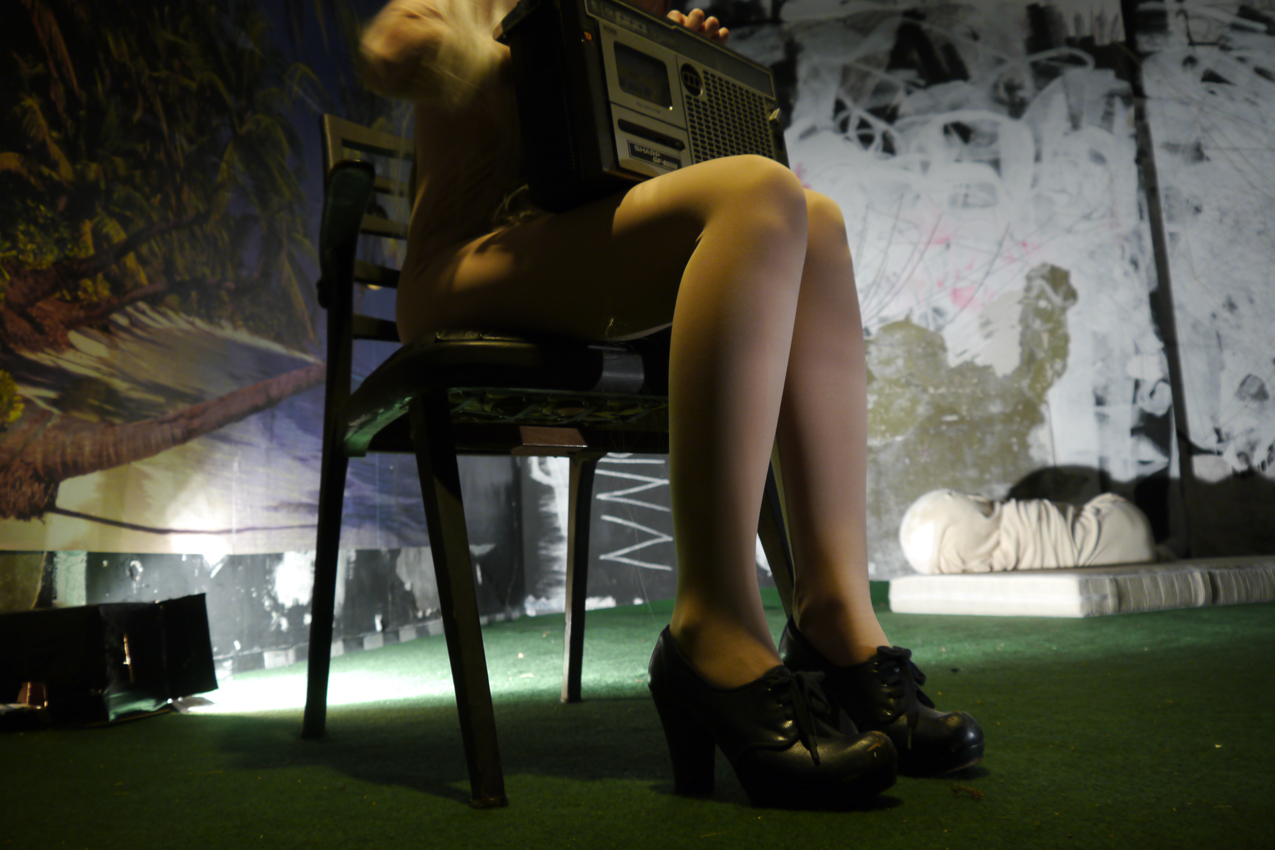 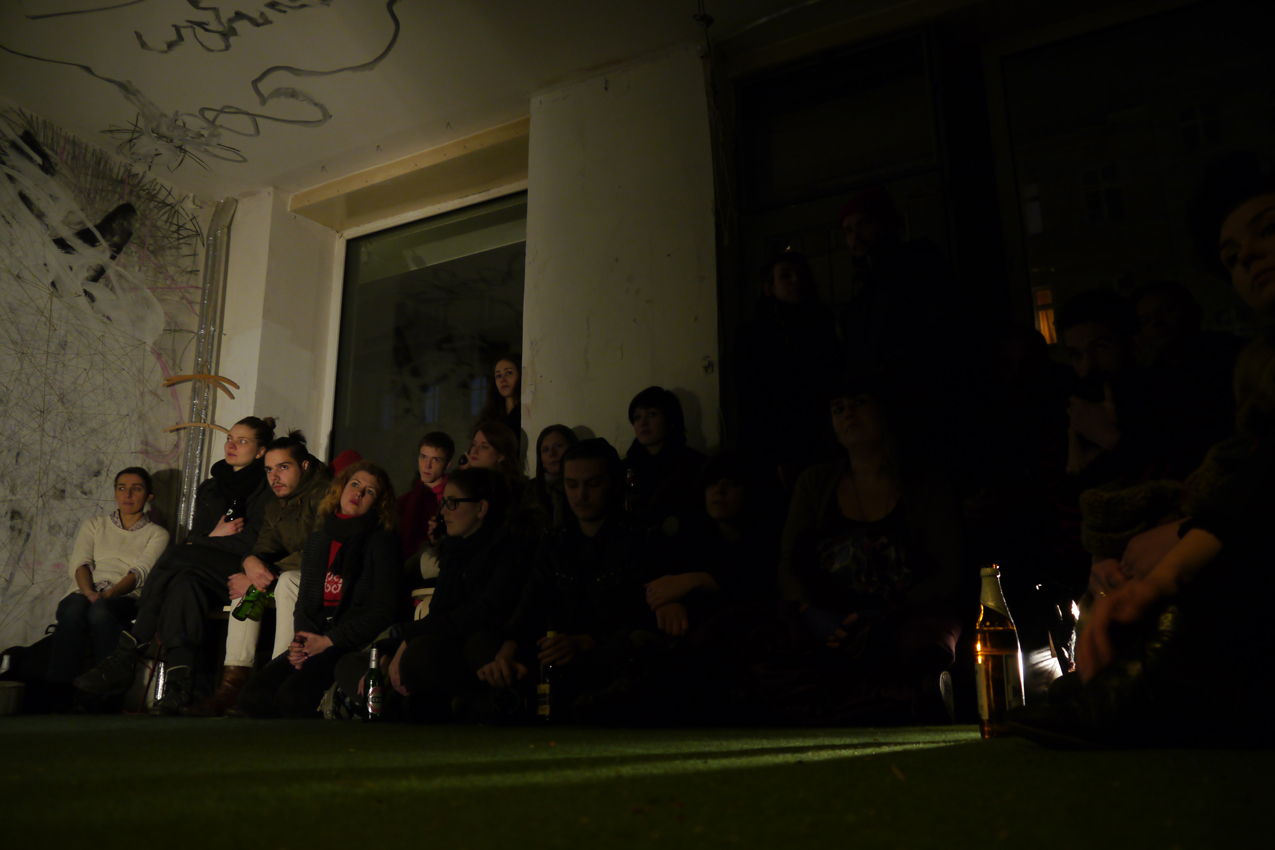 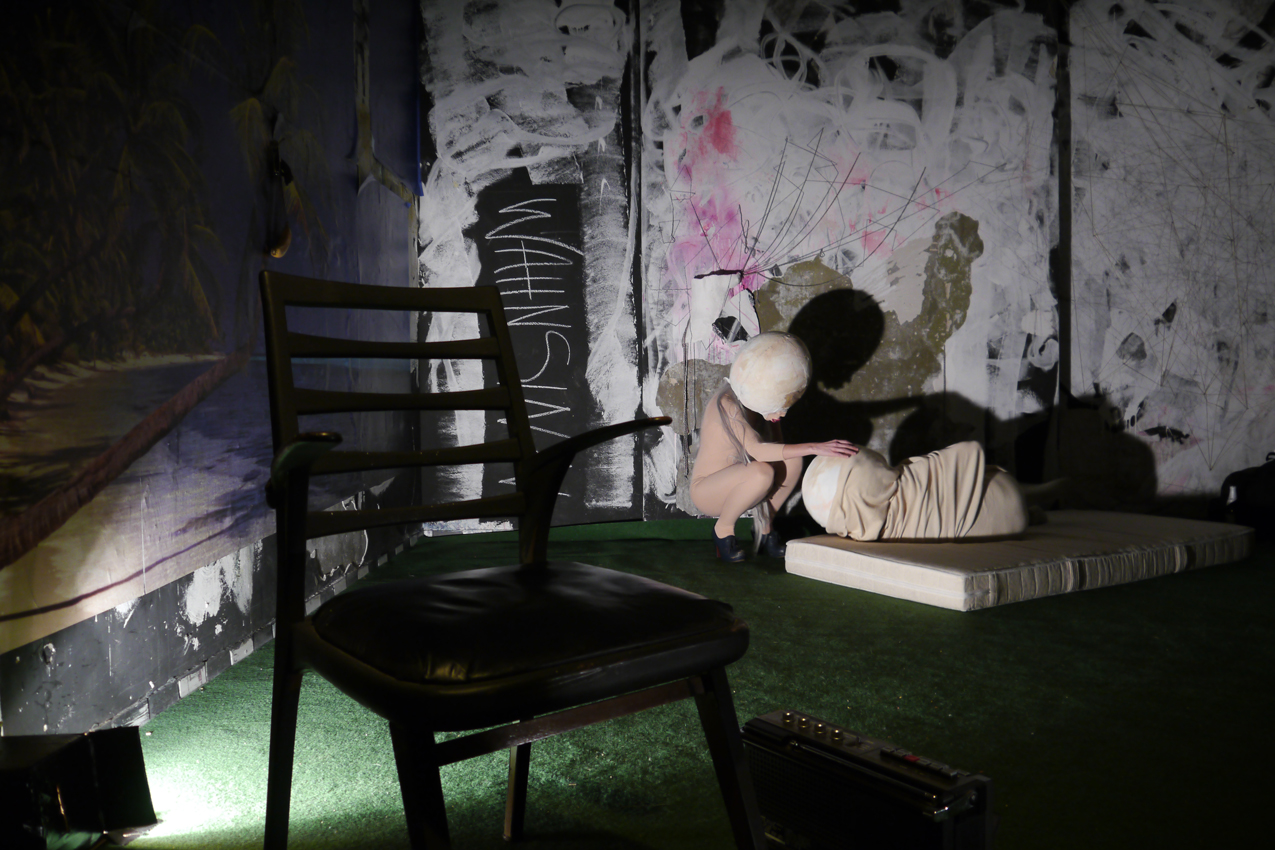 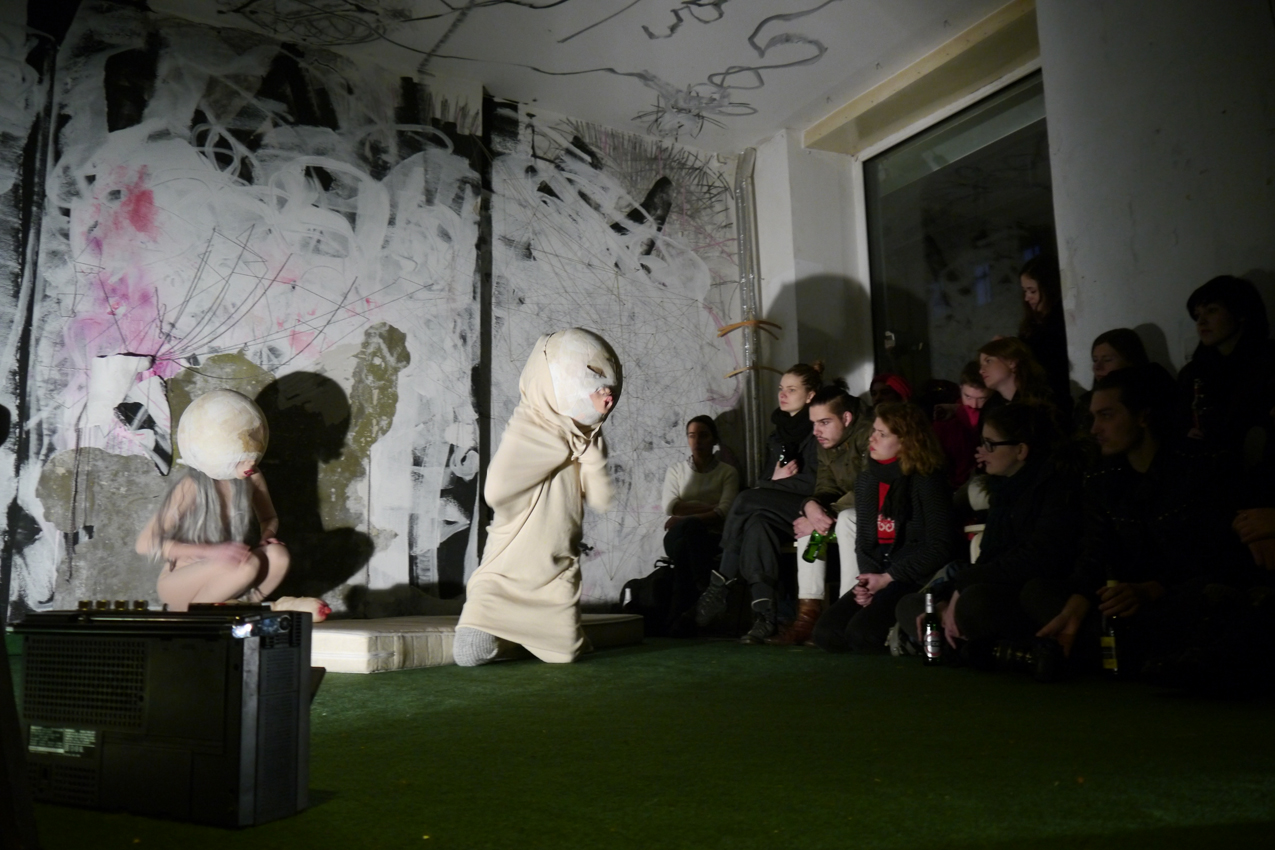 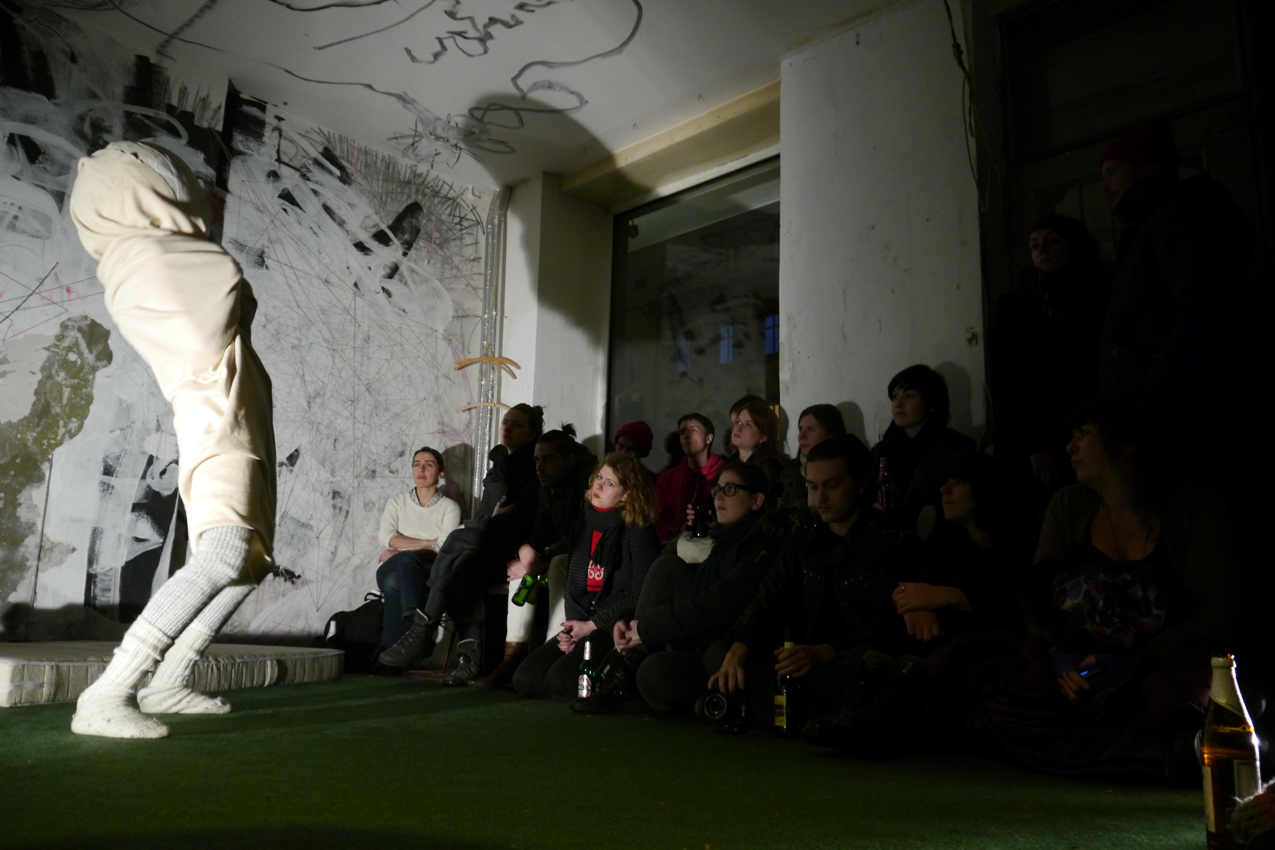 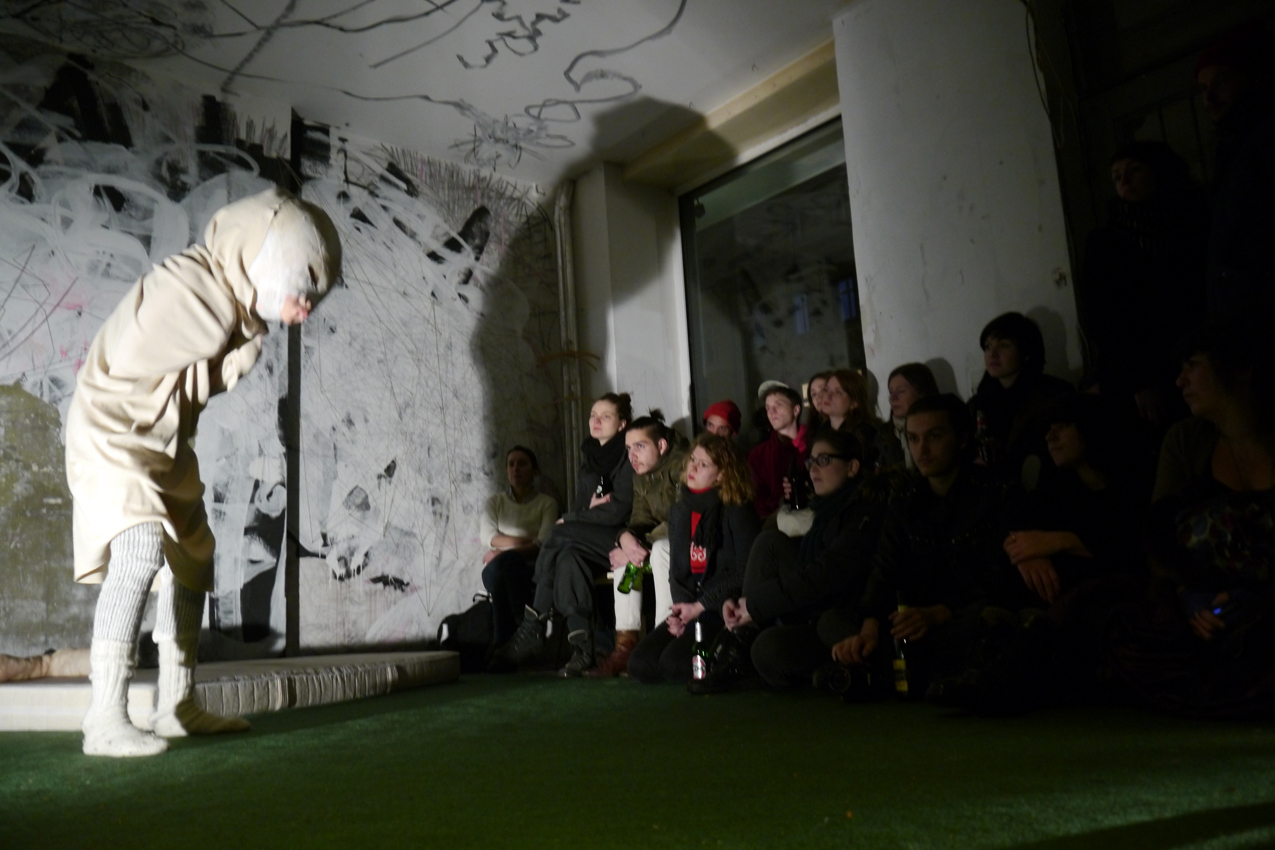 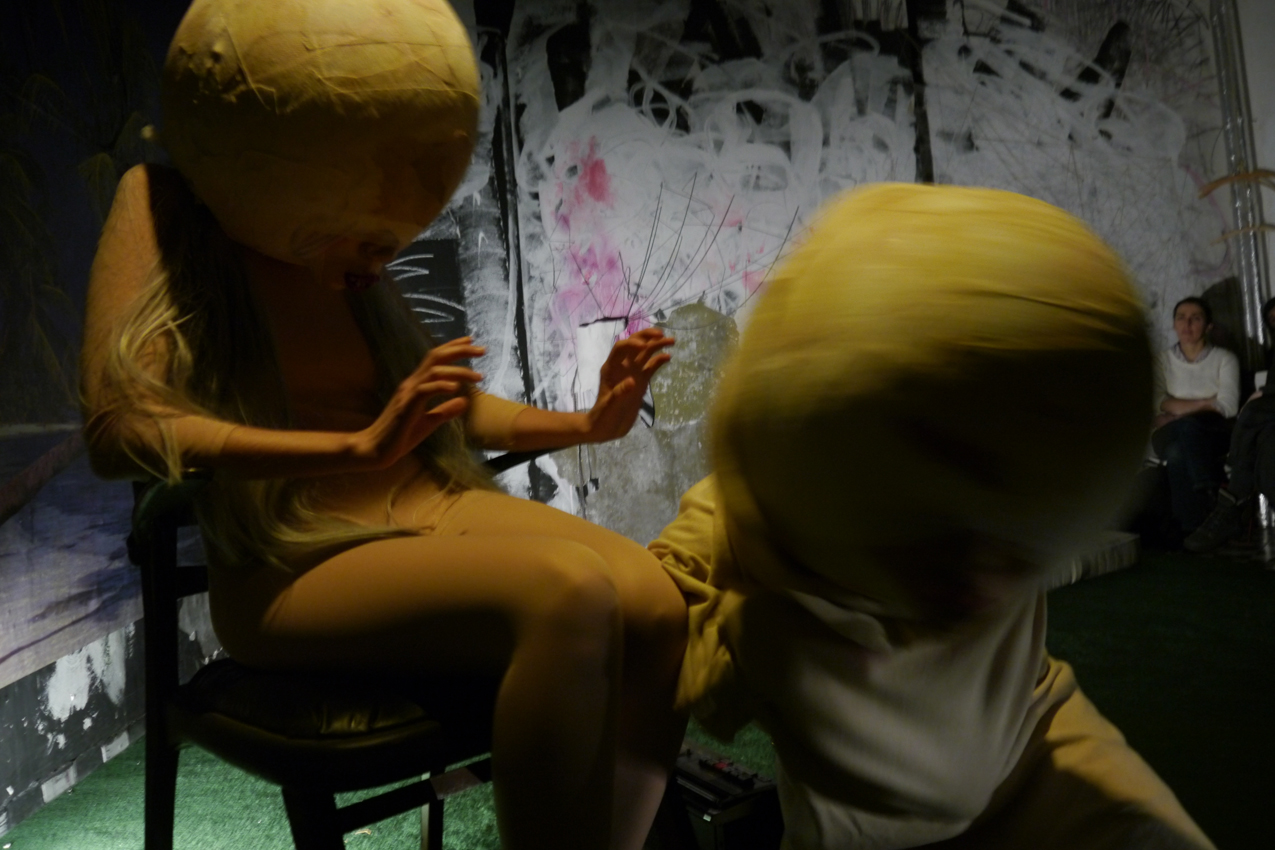 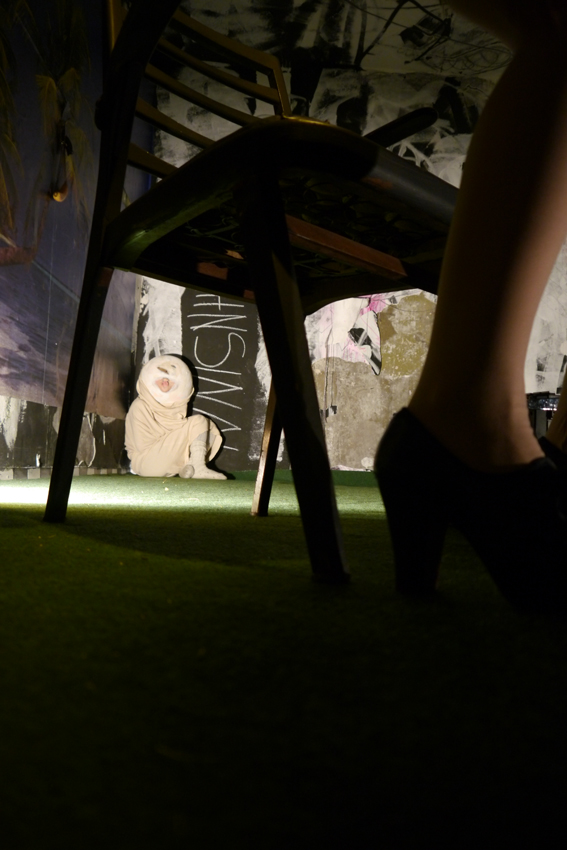 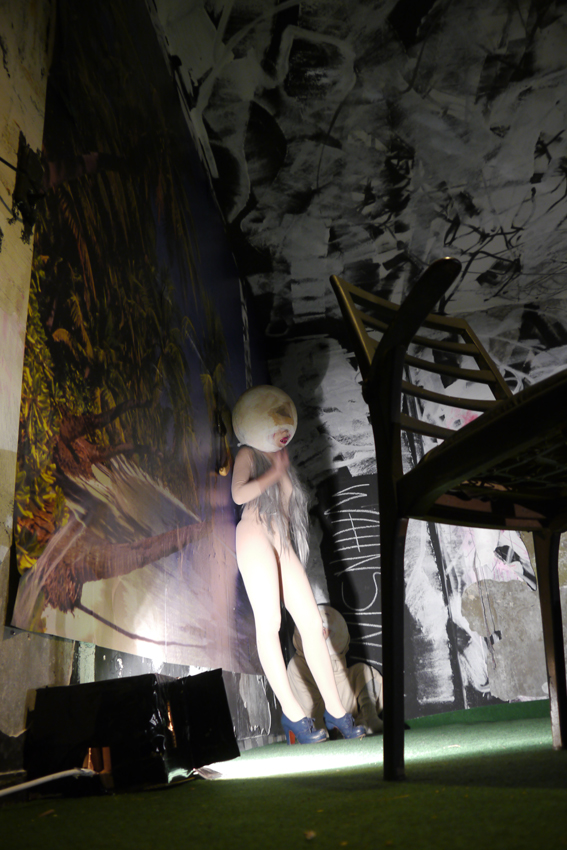 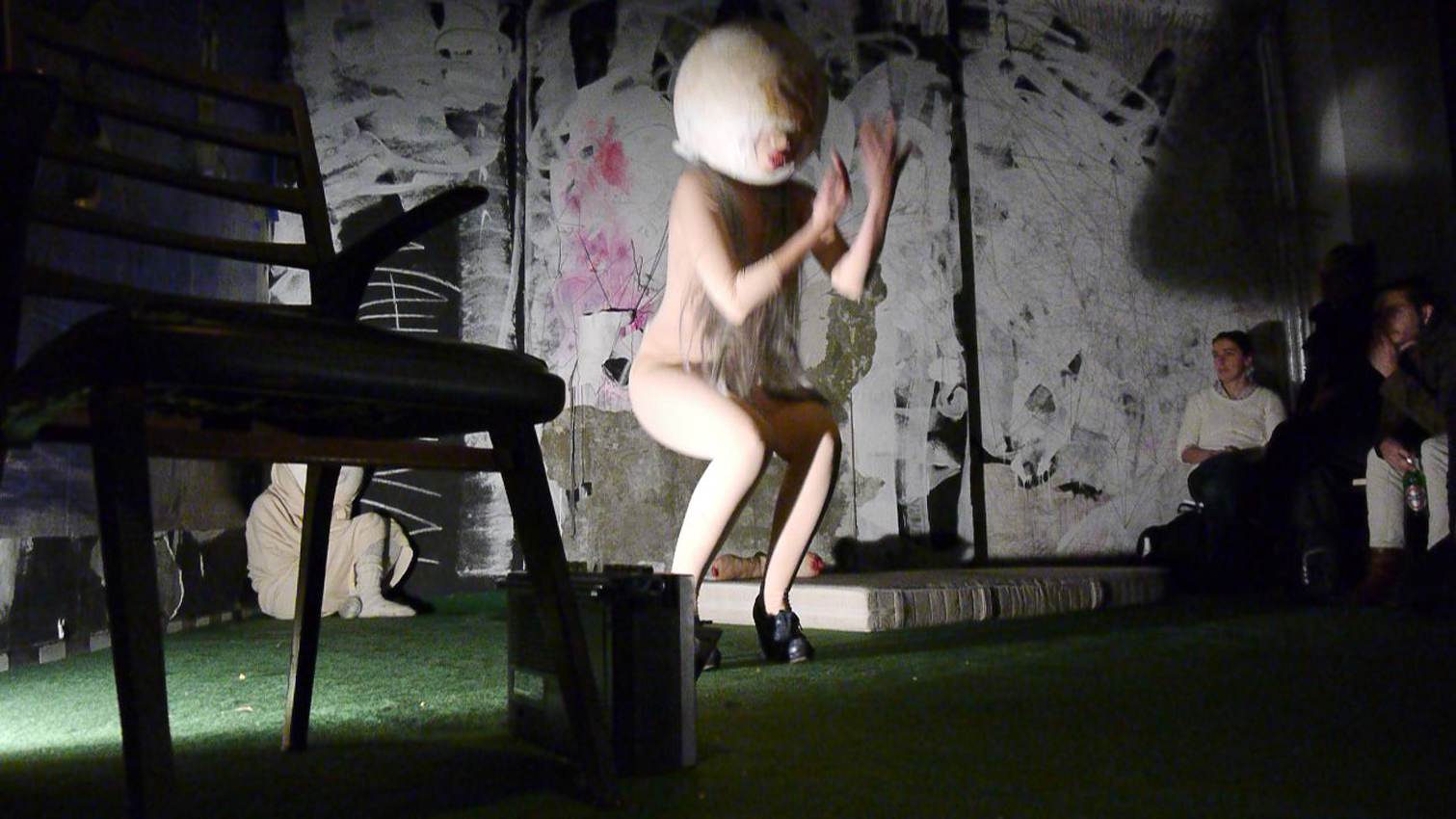 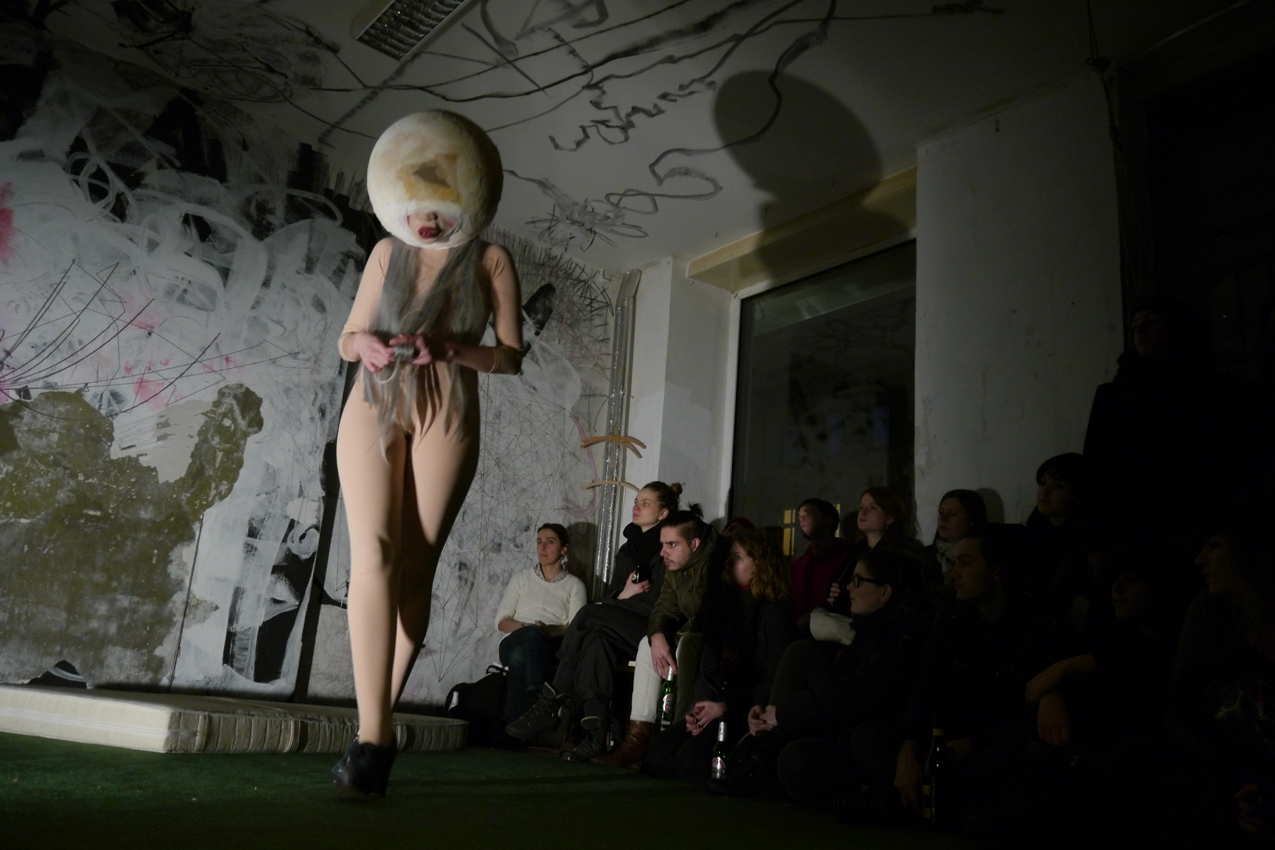 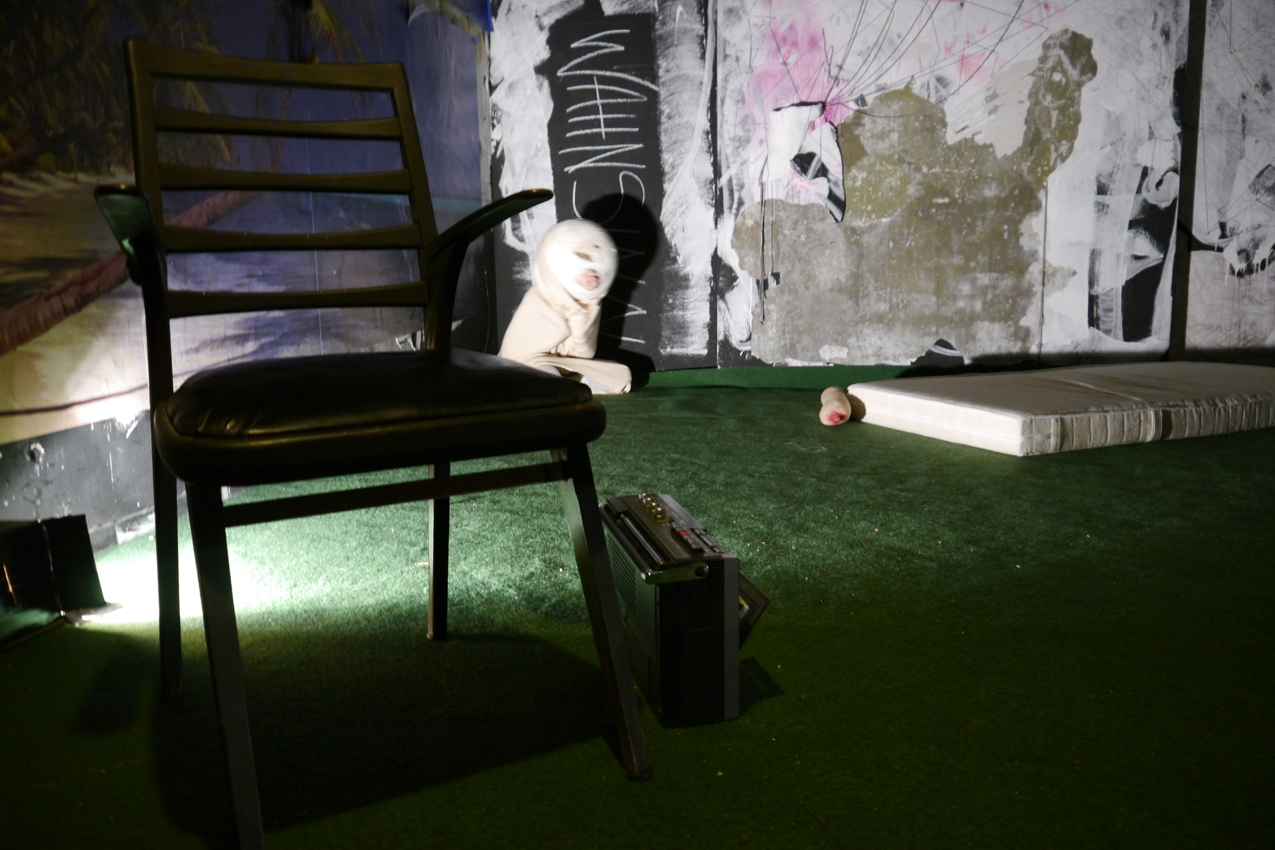 Prepare to take a journey through a world where reality has been slightly upgraded and human achievement has reached new heights. THE DAYS OF THE CHILD PRODIGY ARE OVER tells the story of the conflict that arises when an individual searches for a meaning in life – in a universe he realizes he can never understand the inherent meaning of.

The performance tells the story of BETUS THE FETUS, a prenatal

wunderkind who struggles with his position in a world he has not yet been born into and THE MOTHER, a former prodigy and adult actress, who longs for a world she might never have known but perceives to be lostTHE DAYS OF THE CHILD PRODIGY ARE OVER is a multidisciplinary project; including a publication and a multimedia performance/installation, blurring the line between visual art and poetry, theater and performance art. The publication is due to come out in February 2013. The performance has happened twice before, at Art in Translation in Reykjavik, May 2012 and at The Living Art Museum (Nýló) in June 2012. Each presentation of the performance is unique and individual, reflecting different elements of the work itself.
Bergthora Snaebjornsdottir (b. 1985) and Rakel McMahon (b. 1983) are an Icelandic poet/artist duo based in Berlin and Reykjavik. They have been working together as “Wunderkind Collective” since 2011. Their work continuously explores society from the point of view of the individual experience, its implicit solitude and absurd nature. Examining the oscillation between privacy and voyeurism, fondness and fetish, memory and the debris of nostalgia, their work emphasizes the human condition as a paradox one. In their working process, they communicate through text and drawing, the dialogue resulting in performance.