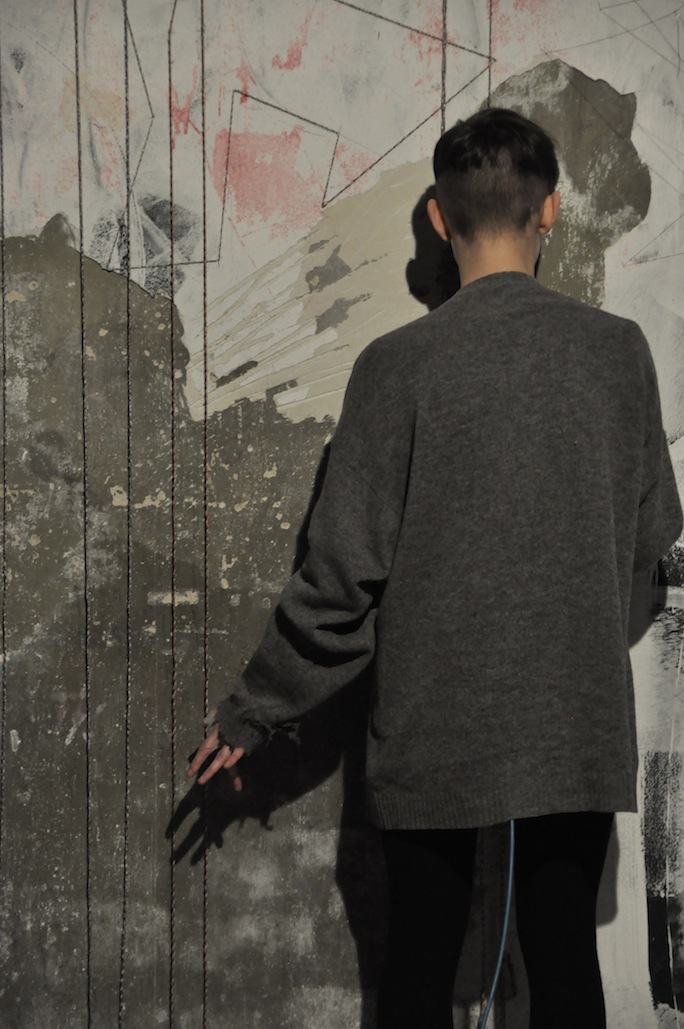 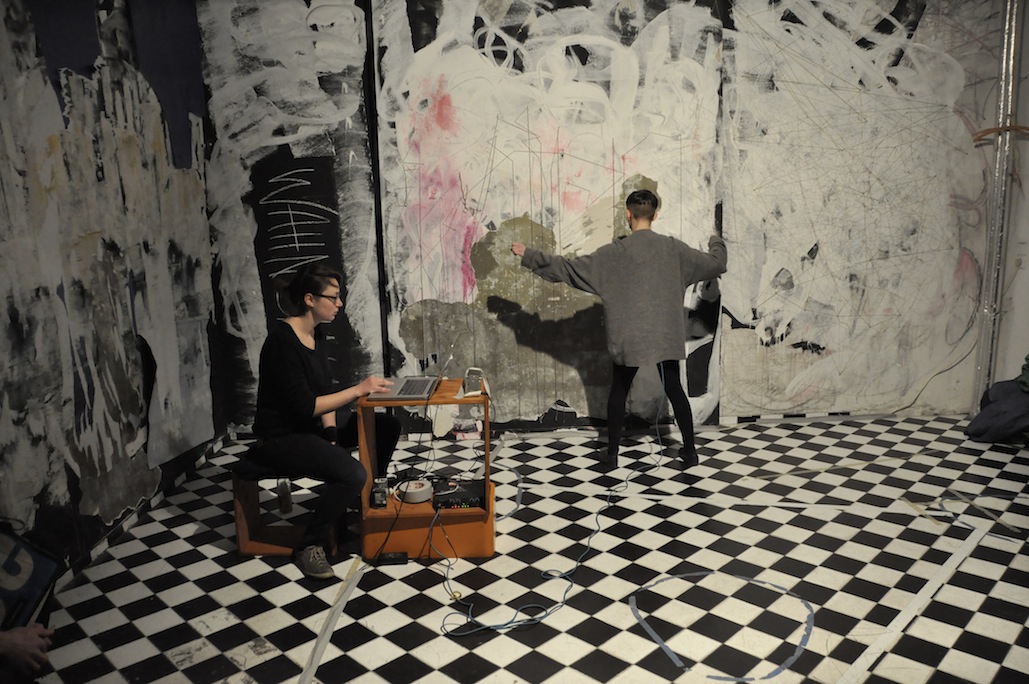 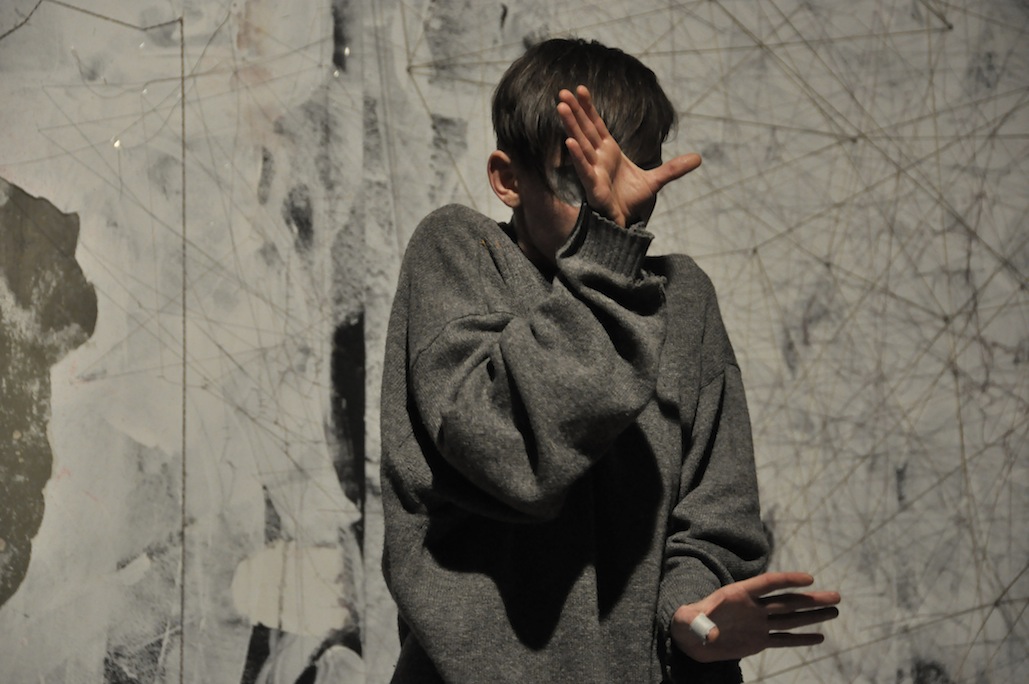 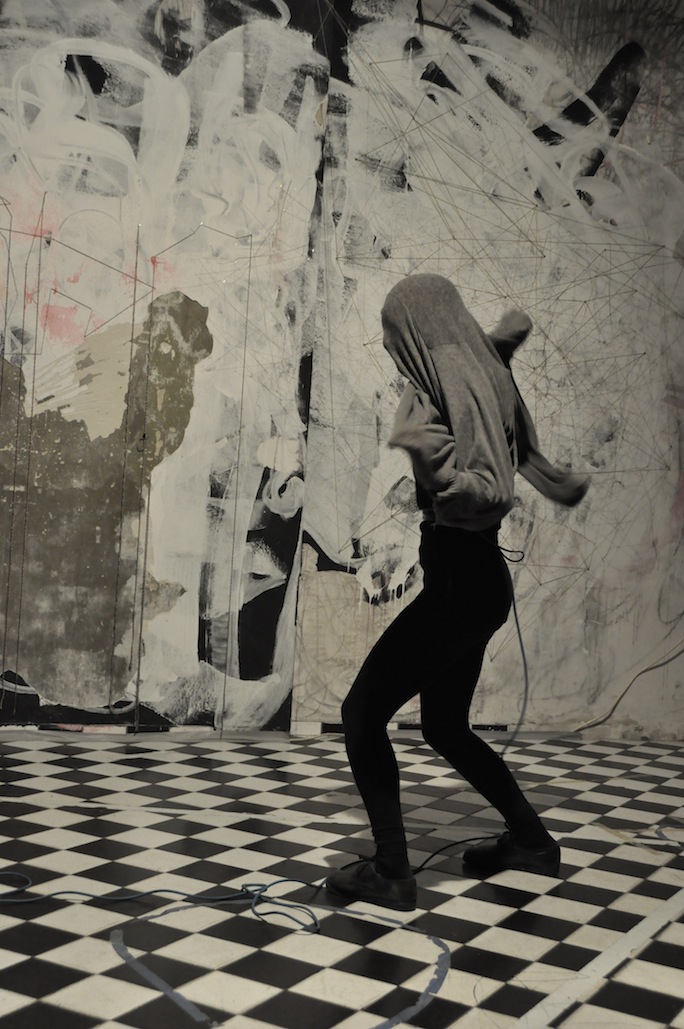 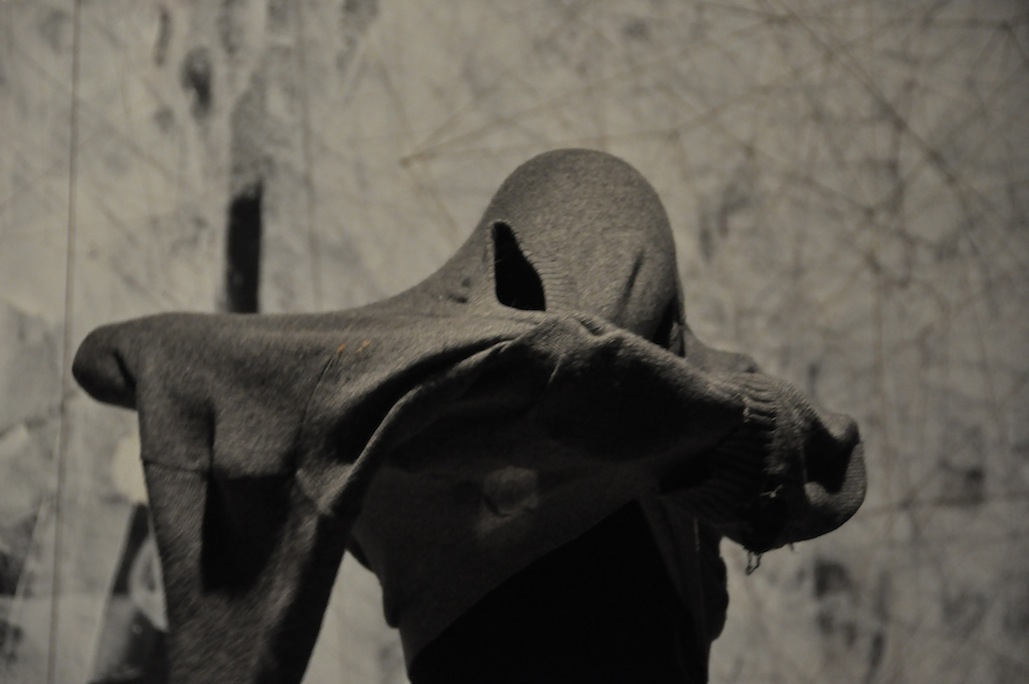 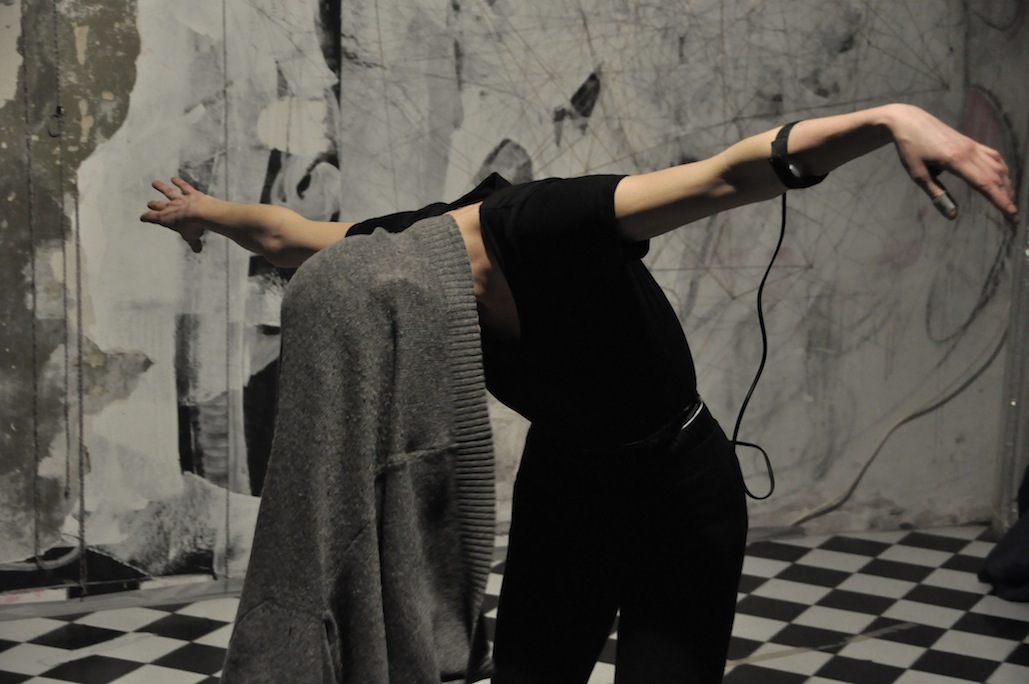 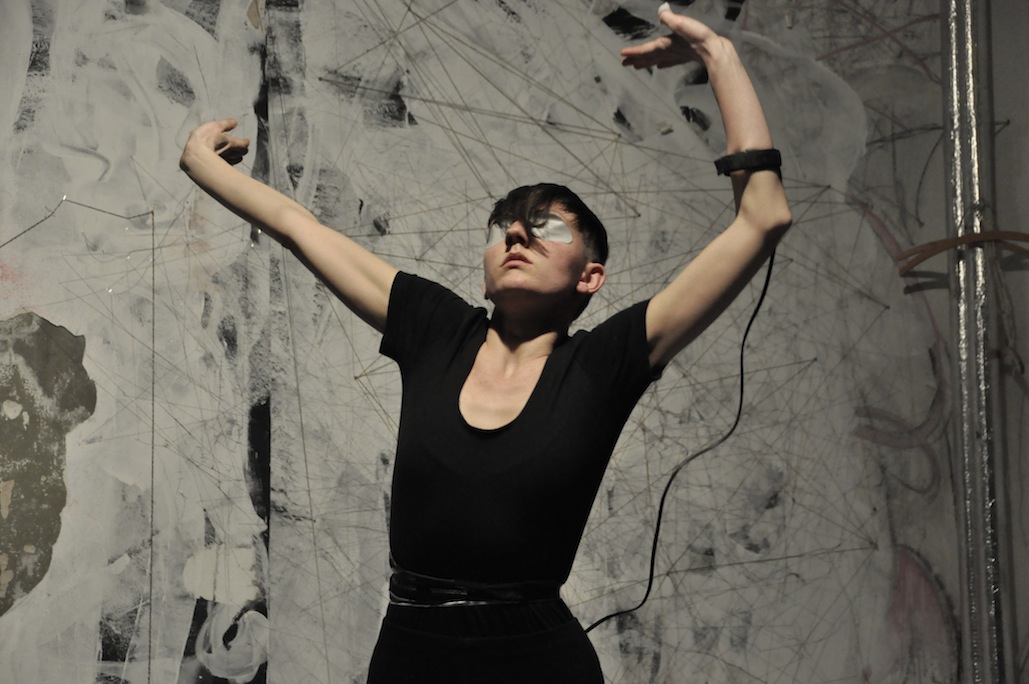 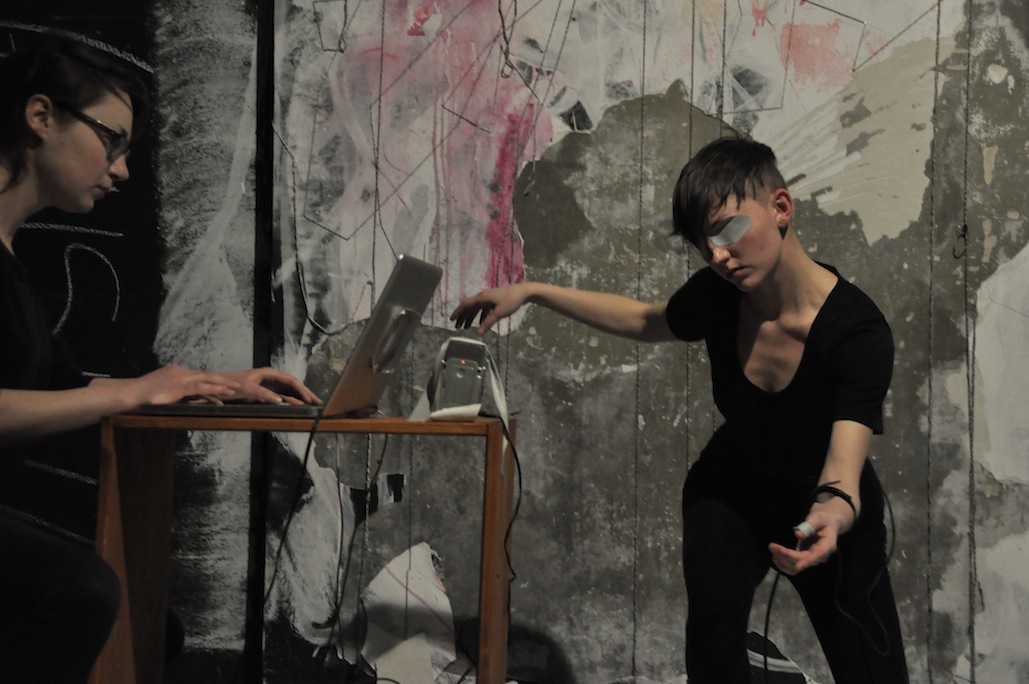 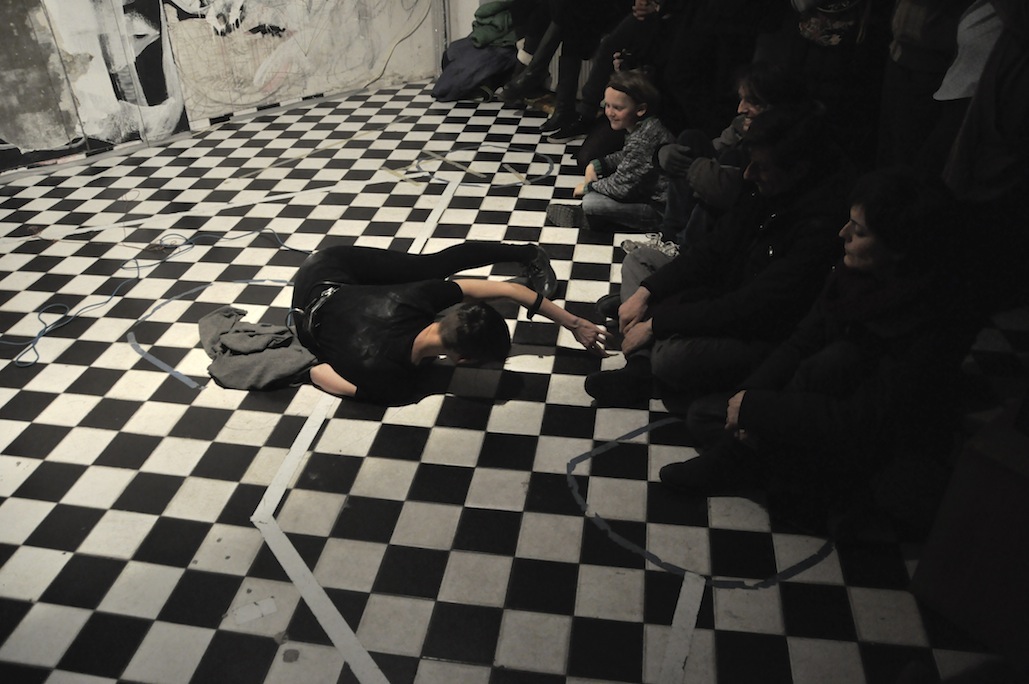 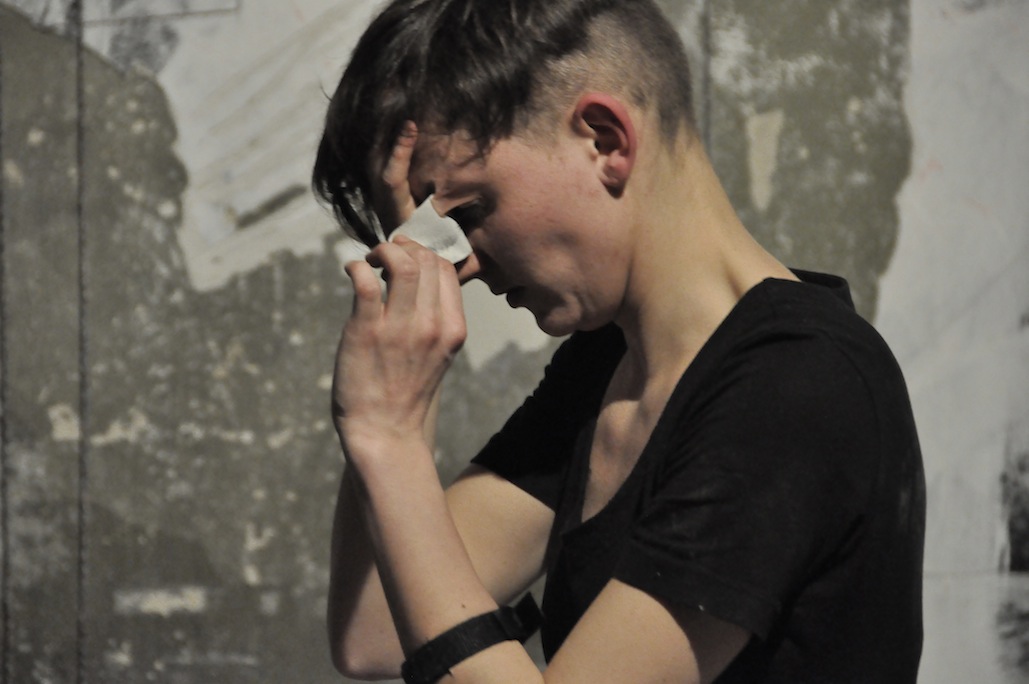 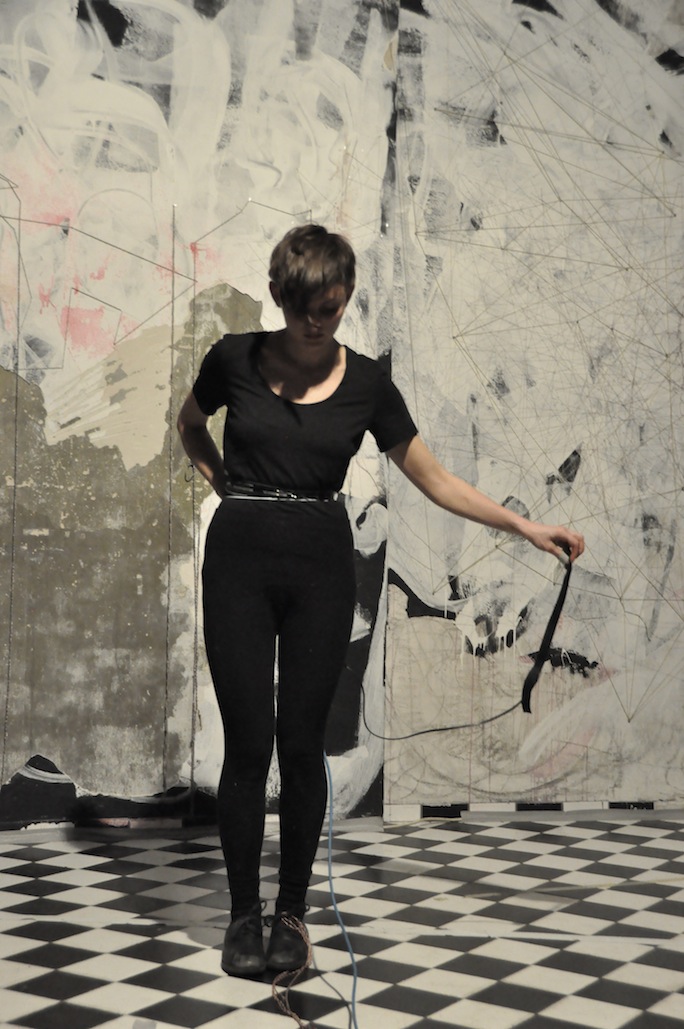 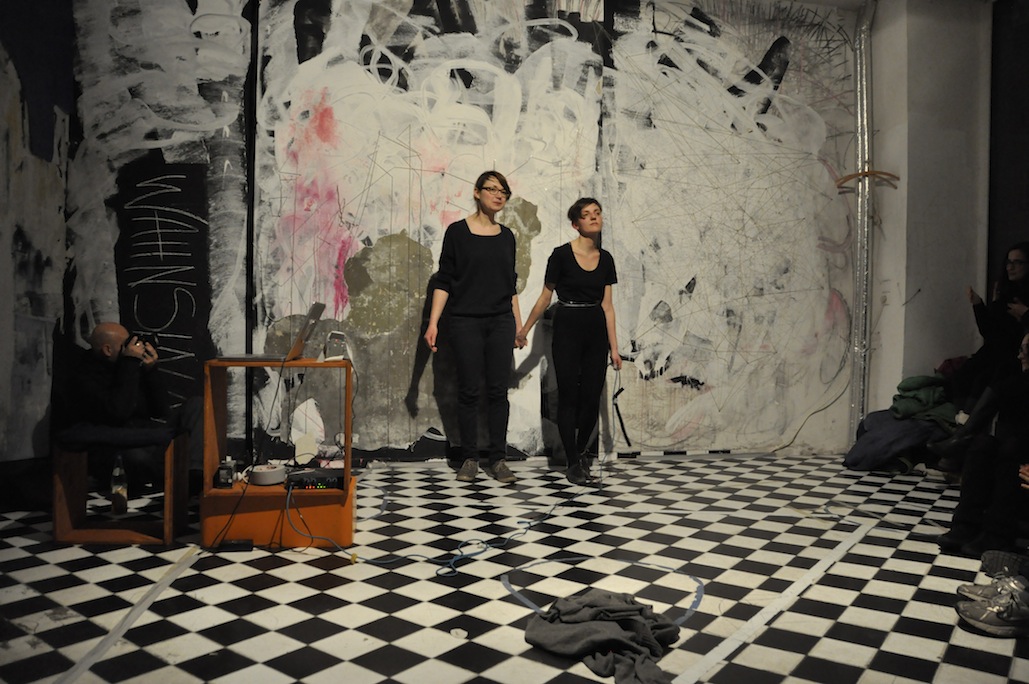 I cannot evade hearing.
My body is open for its surrounding.
I am always already in response to the world in which I exist.
I am responding to what is already occupying me.

My hearing body is exposed.
Sound occupies my body not only with sound waves.
It interperses the body all through.

My body is touched through and through.
His own echo folds in the outer while itself expands oscillating to the outer.
Resonance is not only to be thought as vibration.
It is moreover the movement of hearing and touching.
As the body is open, it is also open to be touched and thus in movement.

In the performance Annika Haas and Lisa Stertz will experiment with the Xth Sense, a biophysical instrument by Marco Donnarumma. It transforms muscle movement into sound. Bodies are in response and resonance to each other. They depend on one another. Moving and hearing resound and thus explore each other in reponse_resonance.