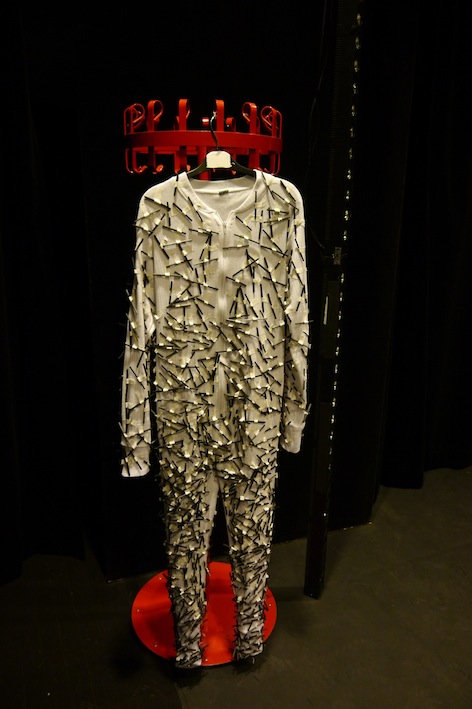 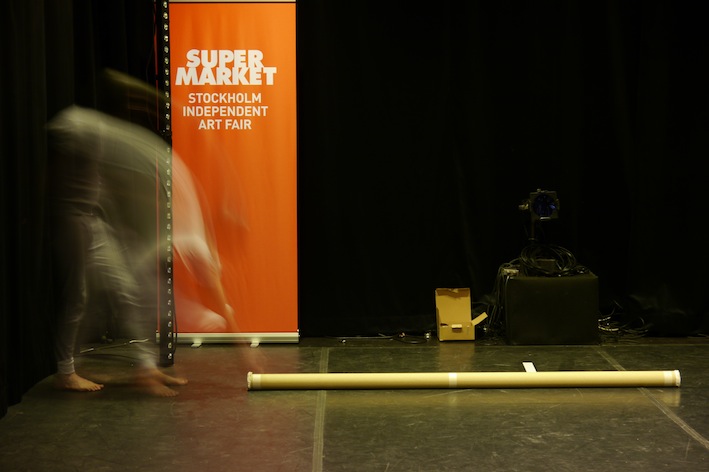 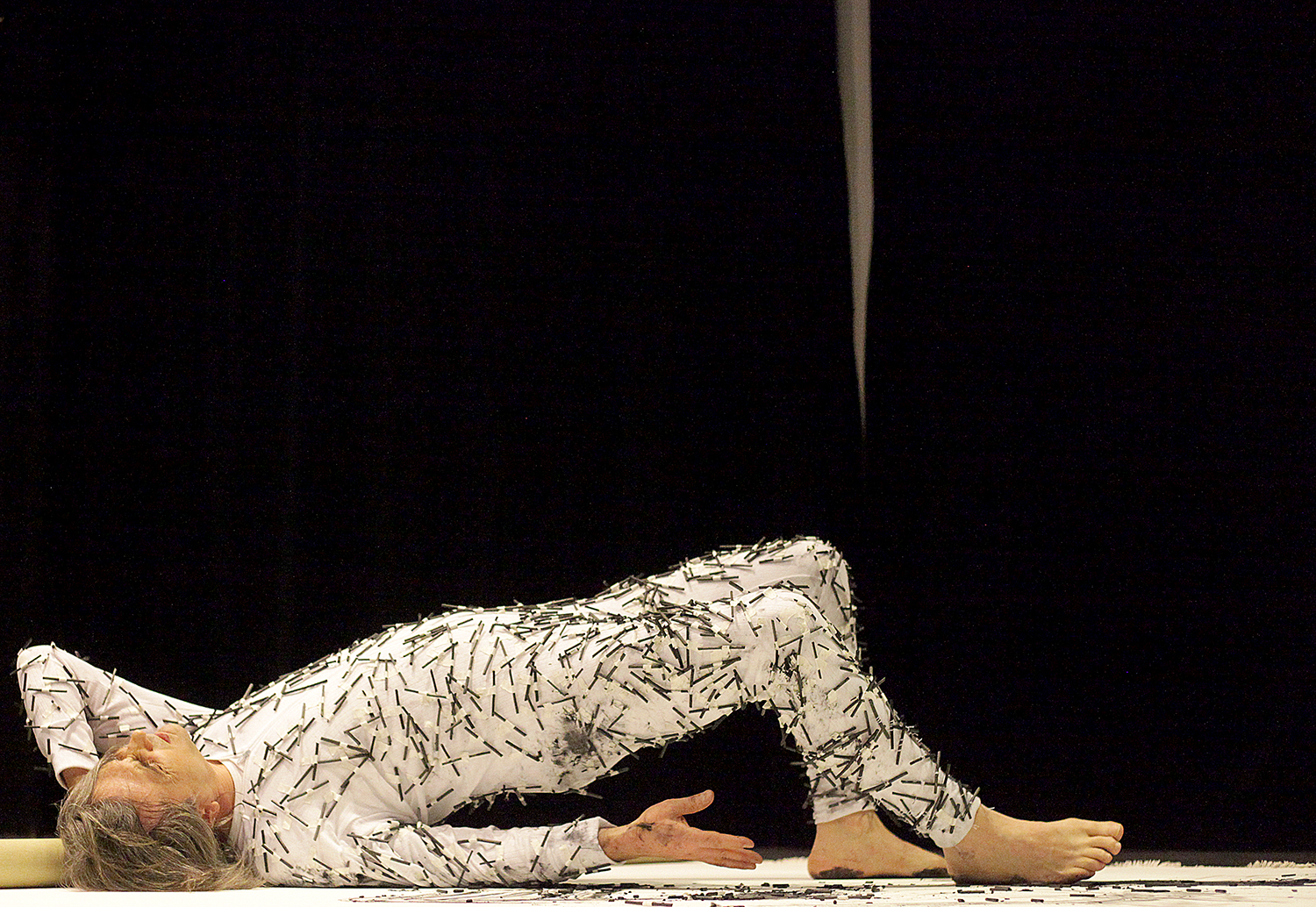 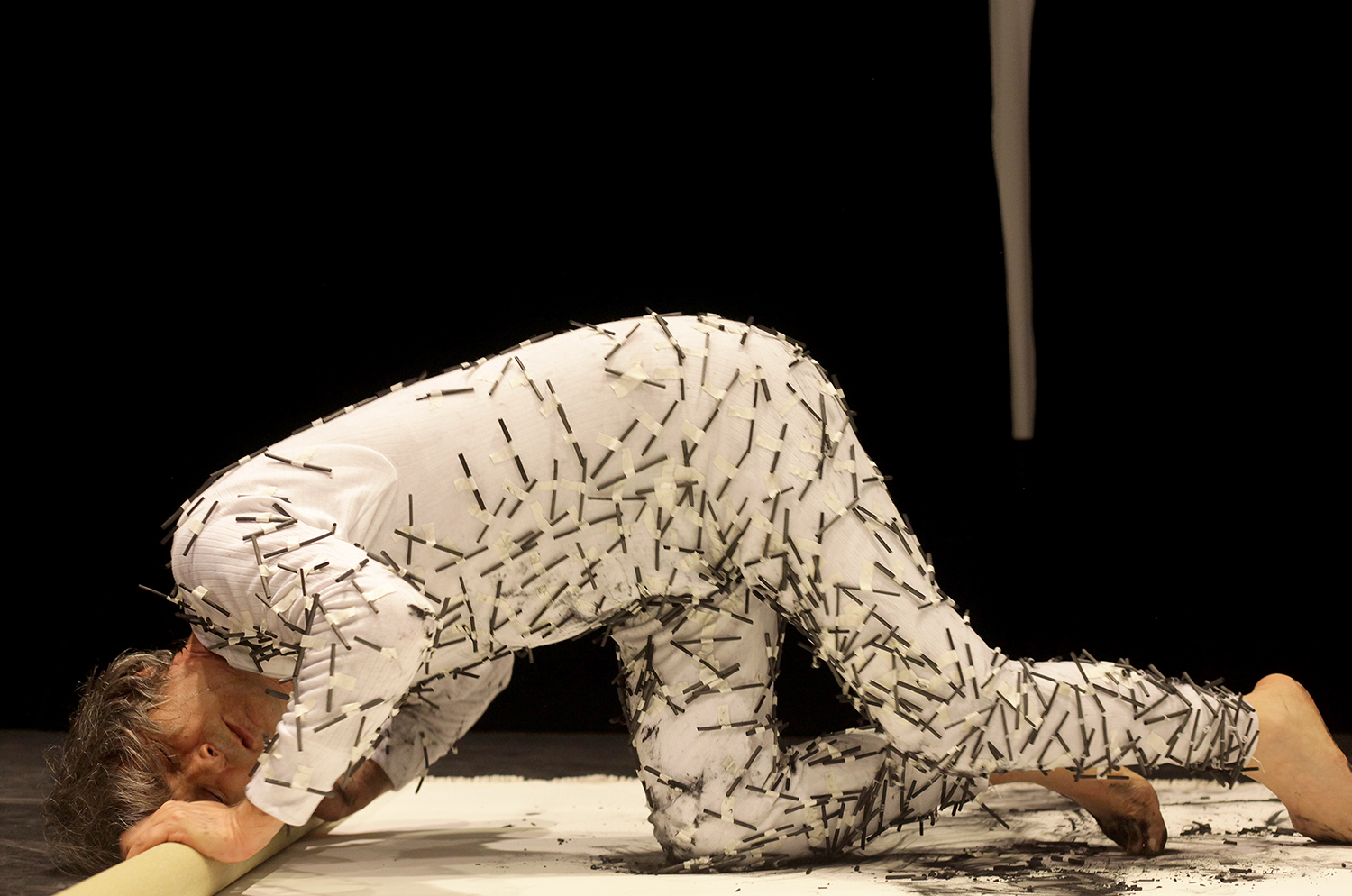 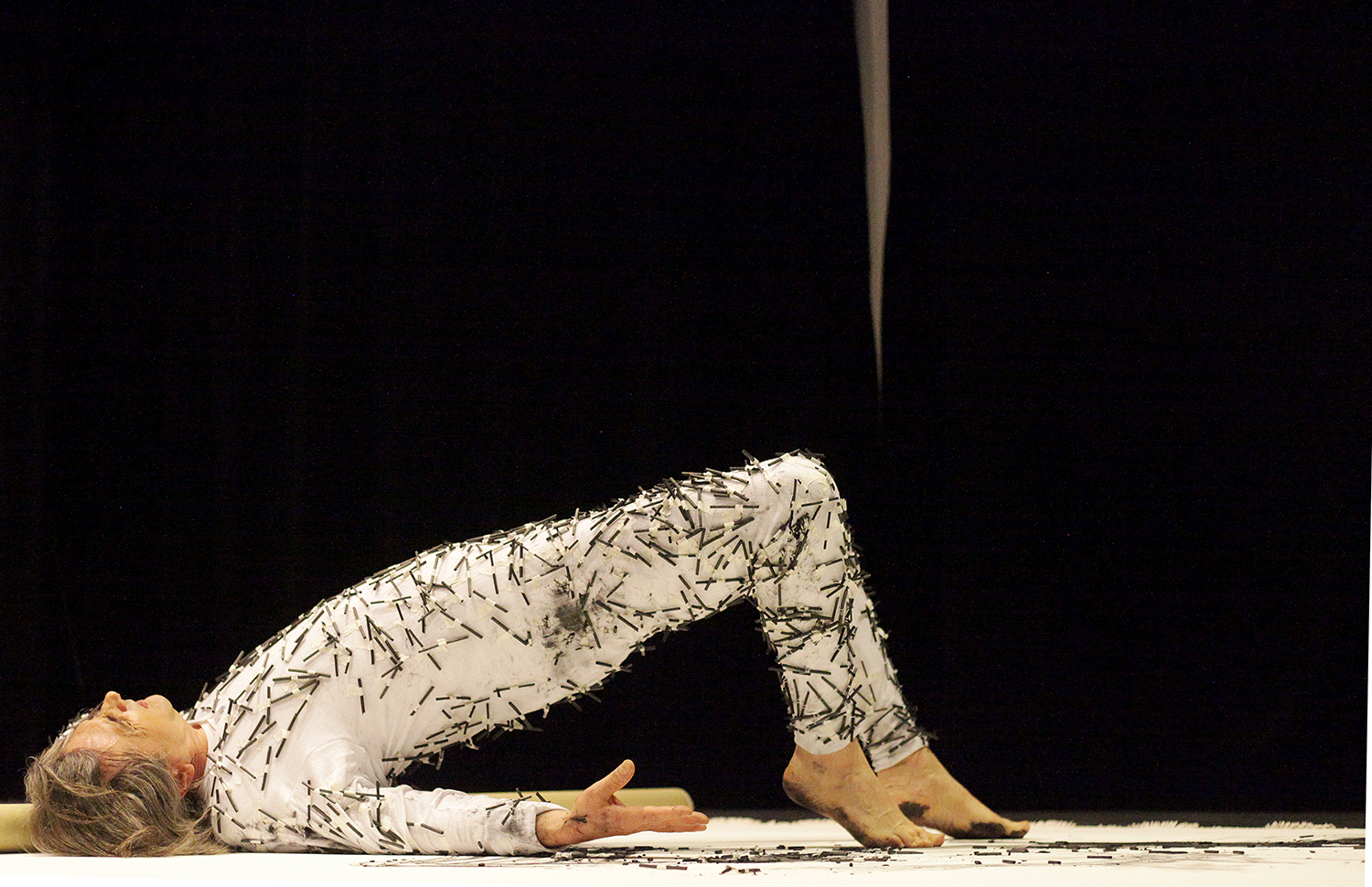 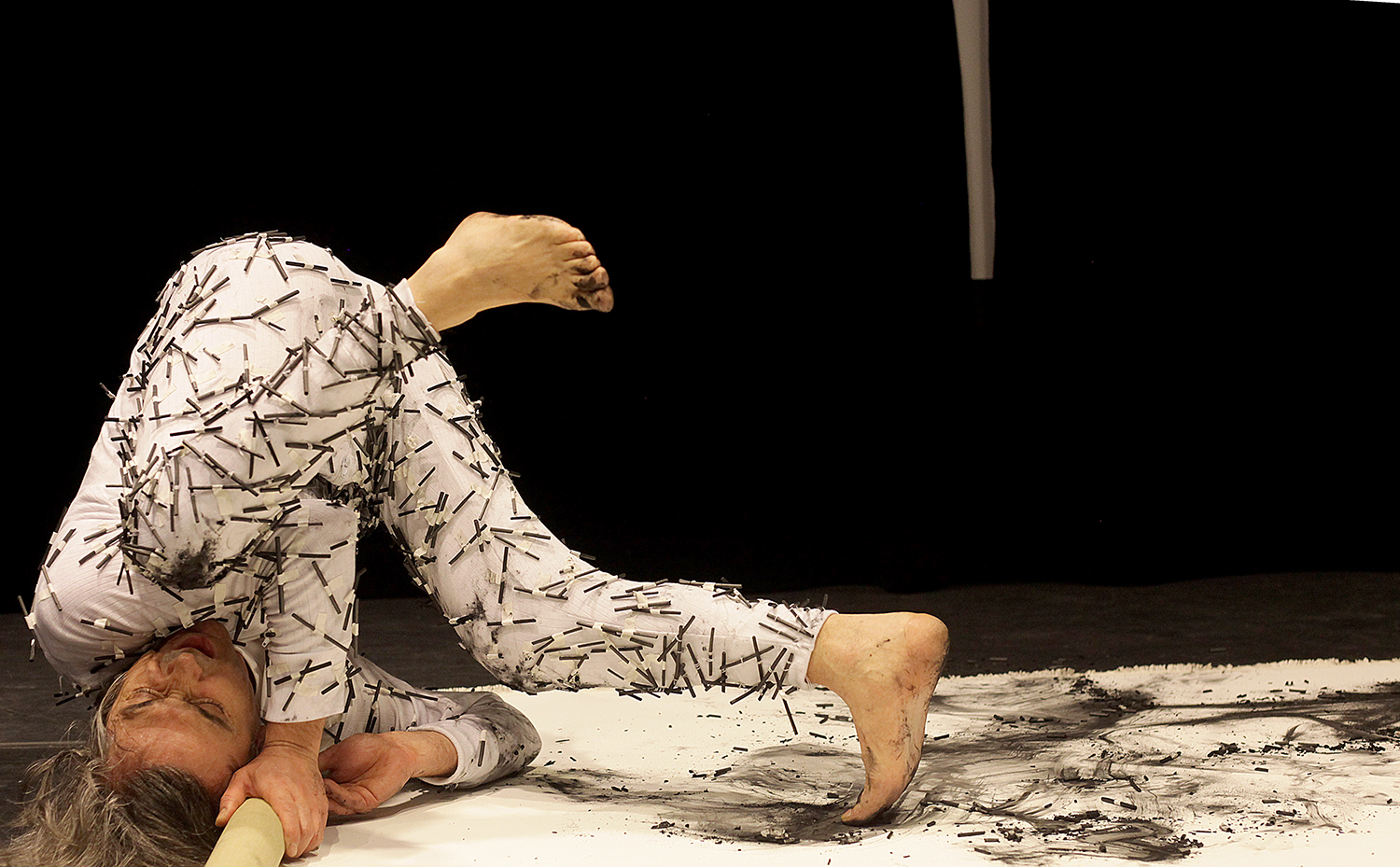 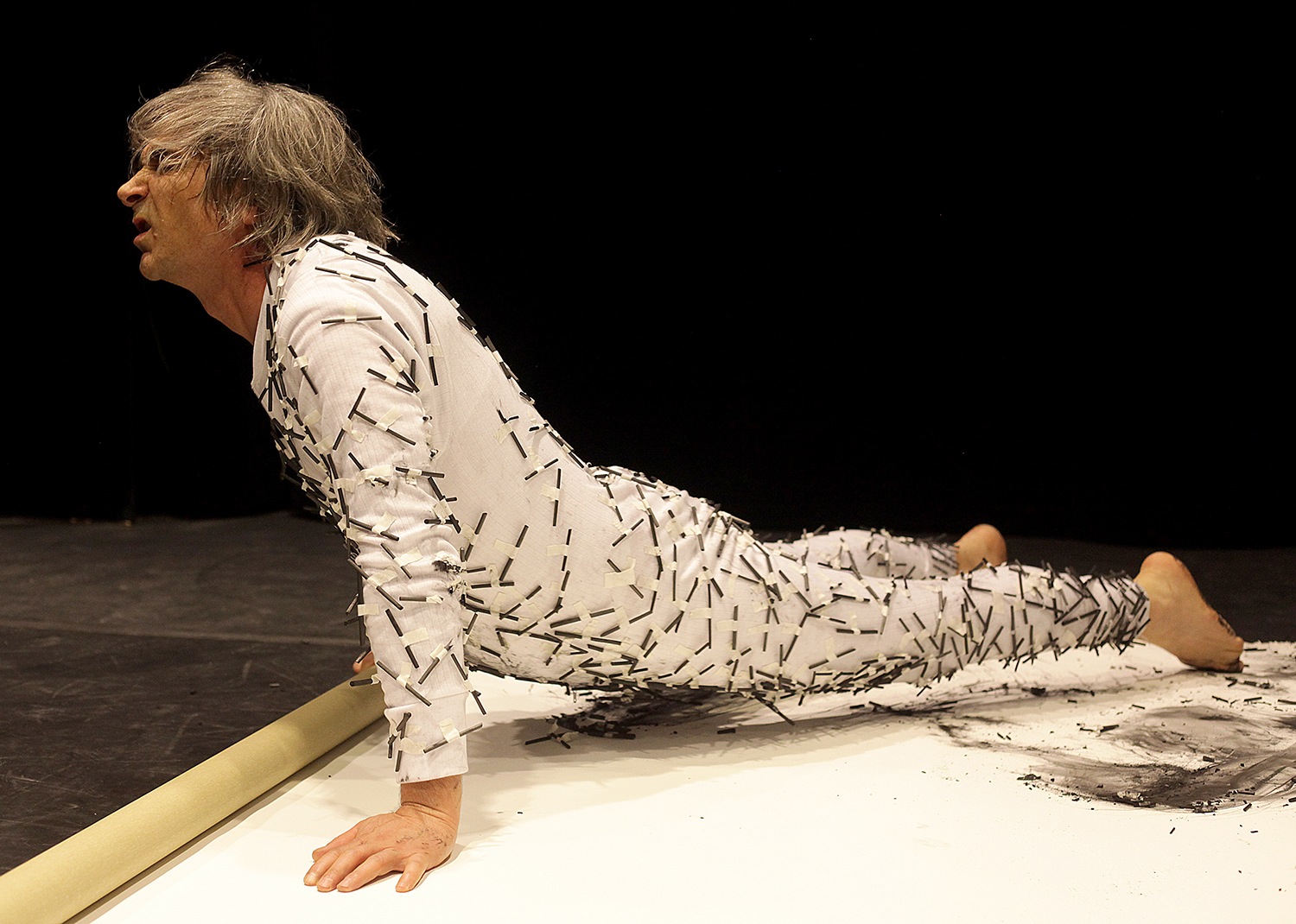 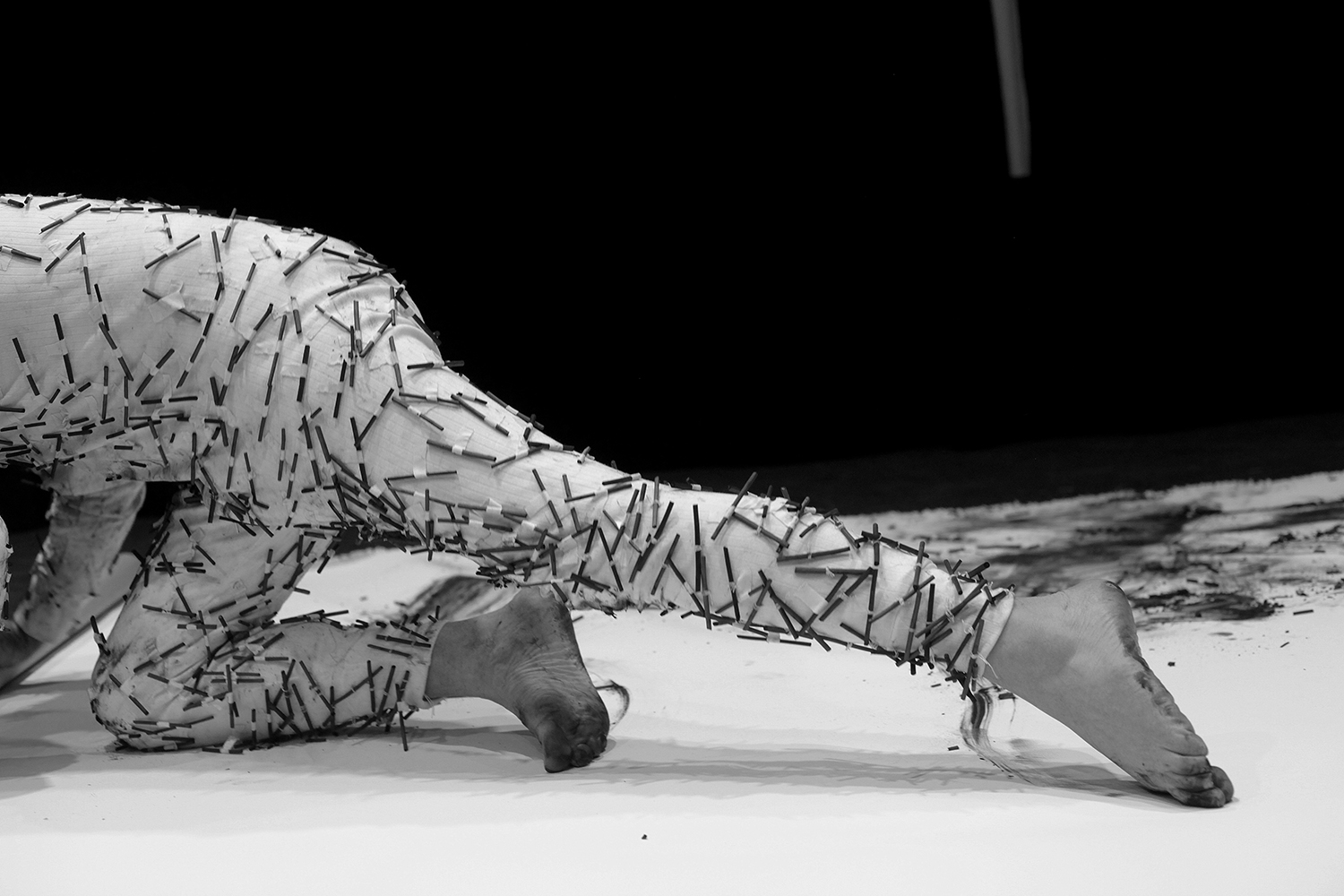 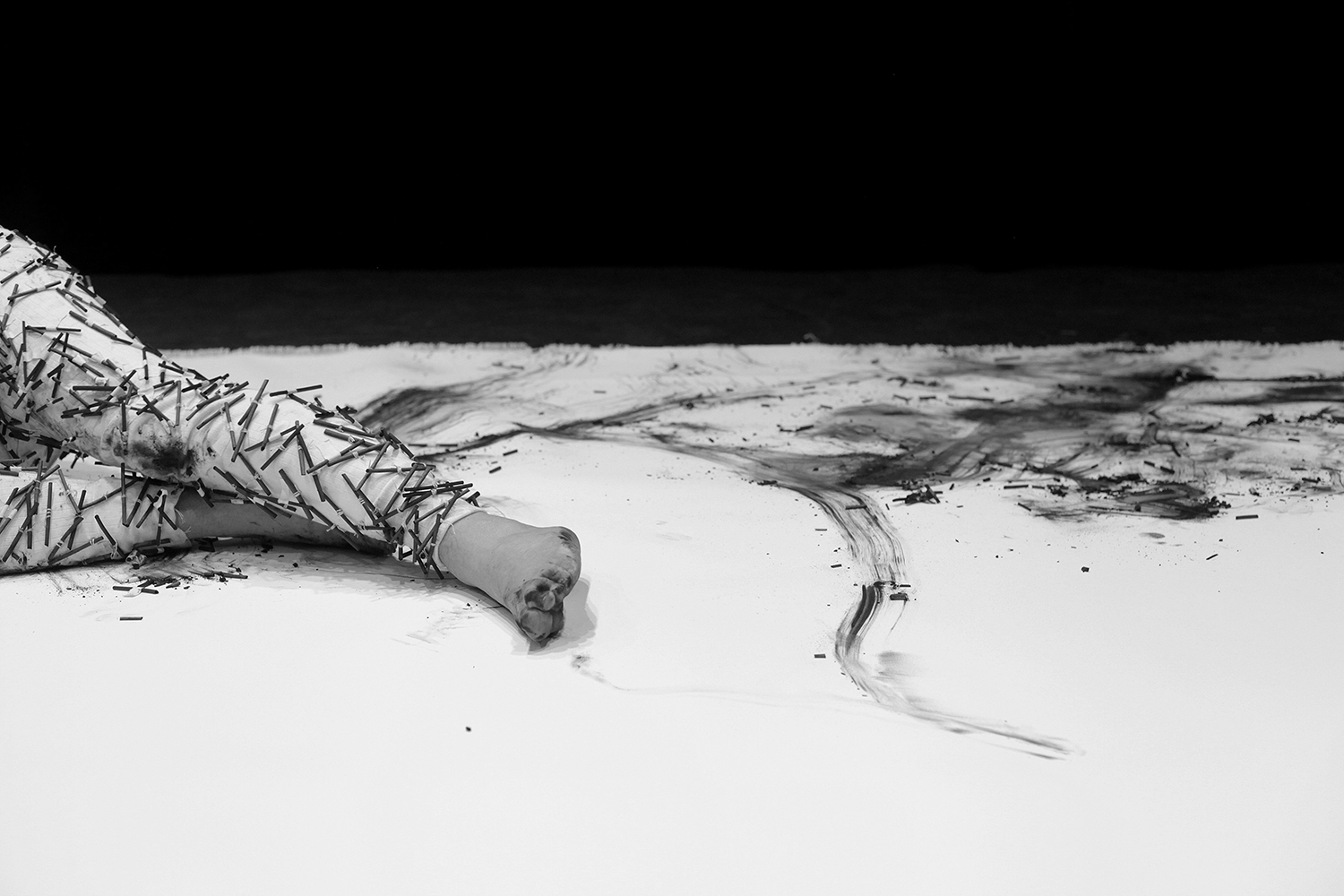 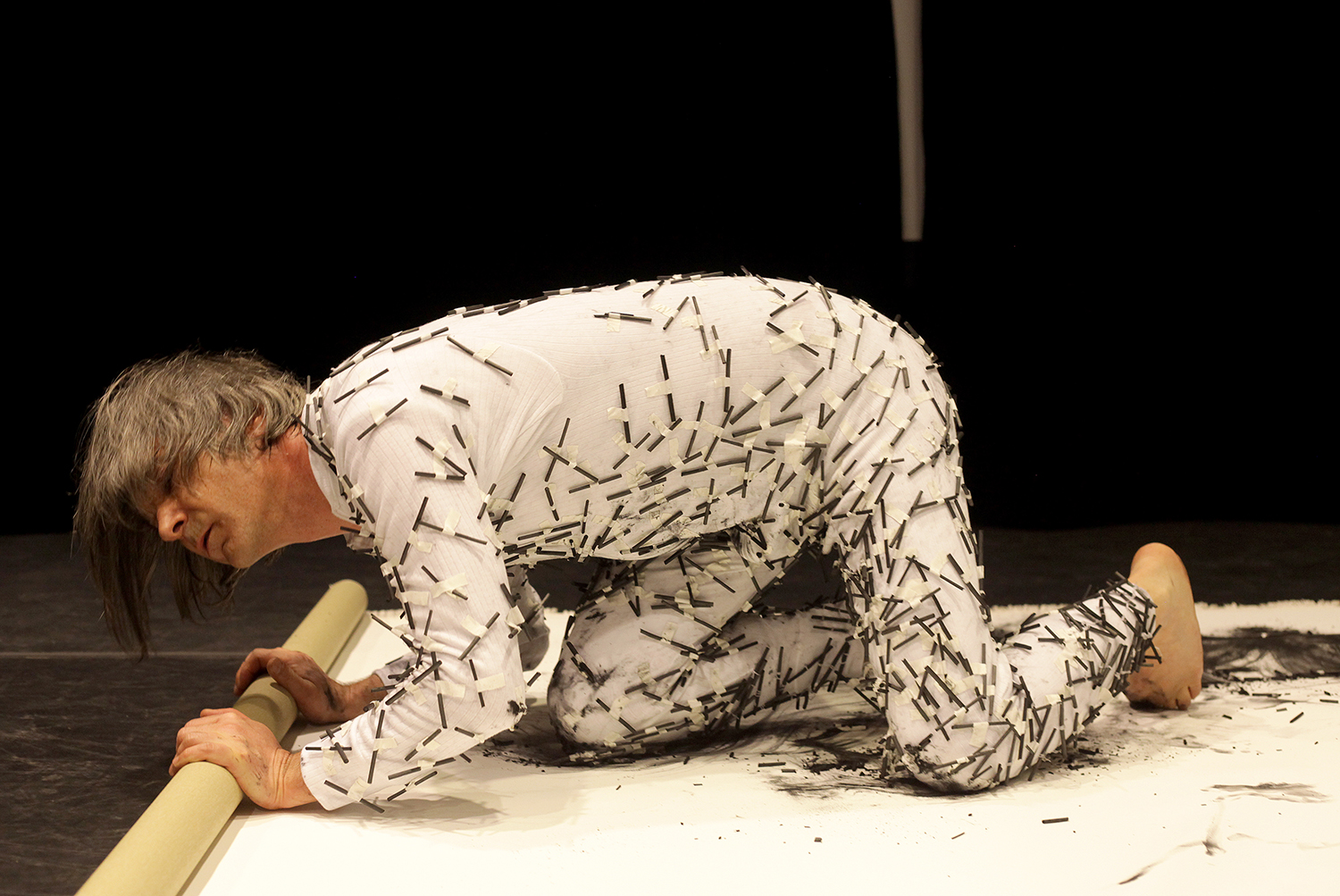 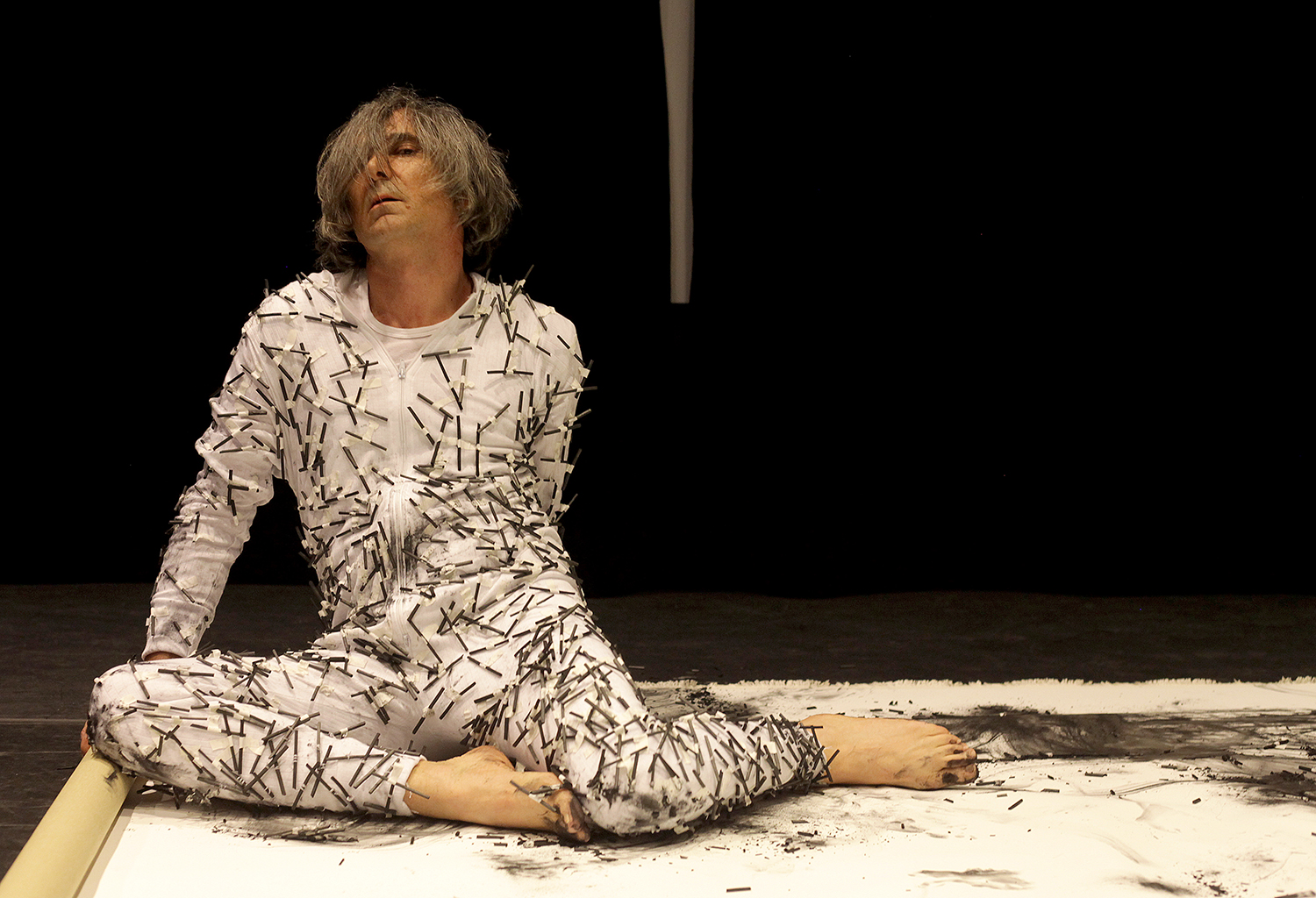 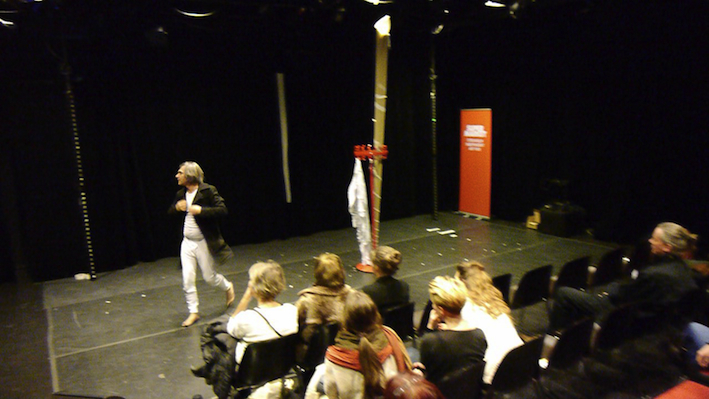 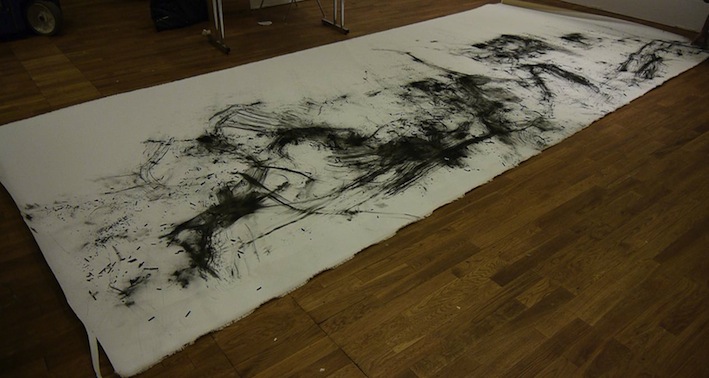 This performance took place at the RED SPOT STAGE at the Supermarket Independent Art Fair 2014 in Kulturhuset Stockholm on Sunday 16th February at 17h, the duration was approximately one hour.

“Untitled Singular Act, Stockholm 2014” is about examining the materiality of the body within the condition of singularity as opposing and repetitive. Dolanbay was dressed in white, a thousand charcoal sticks attached on him. The significant act was the unrolling of the large white primed canvas on the floor and rolling it back. During the act of unrolling his body marked traces of his movements, signifying the material process of revealing the occurrences on the white surface. During the revised act of rolling back the canvas, he has transformed the canvas into a large sculptural object and placed it in the middle of the performance space.