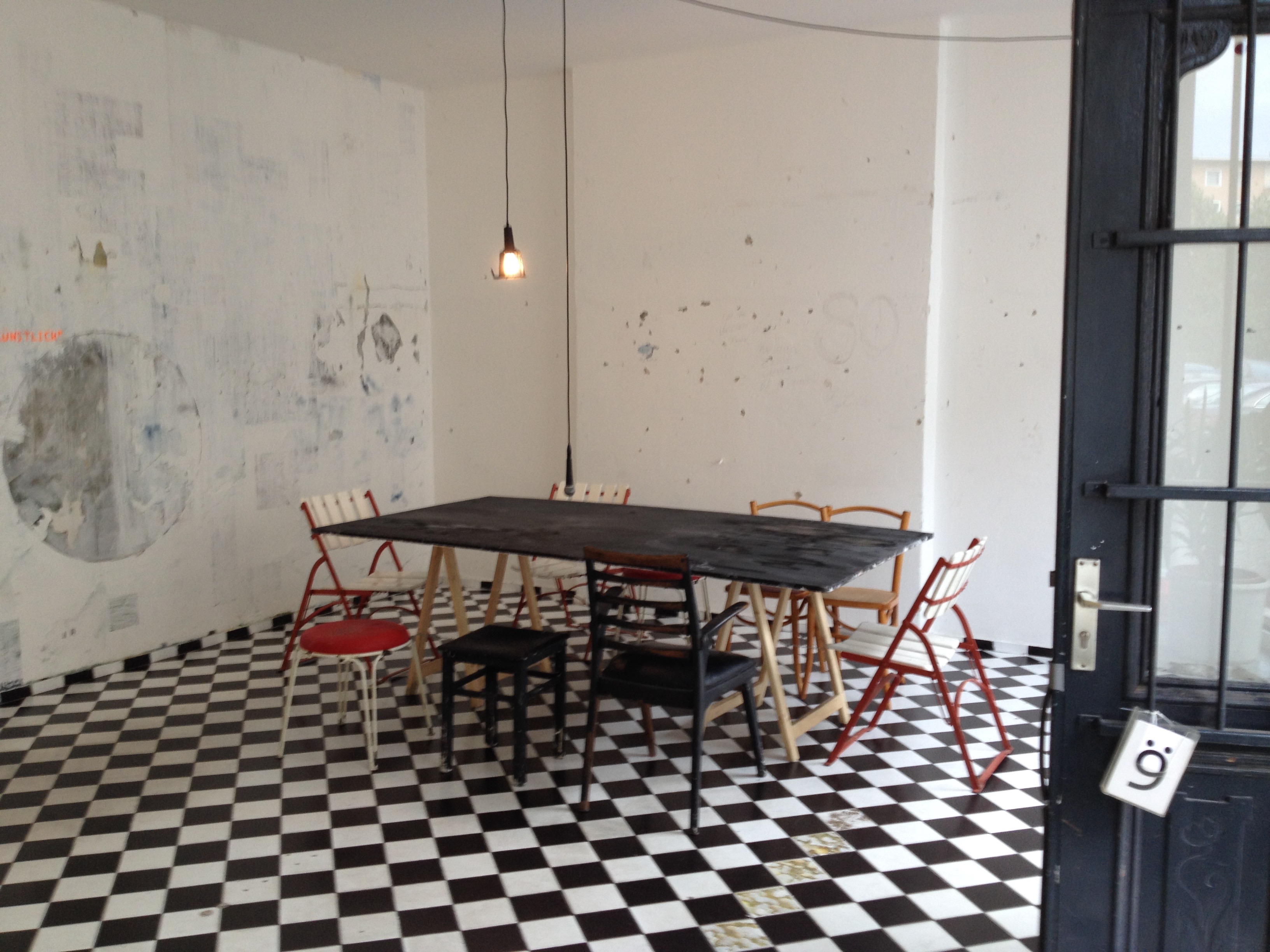 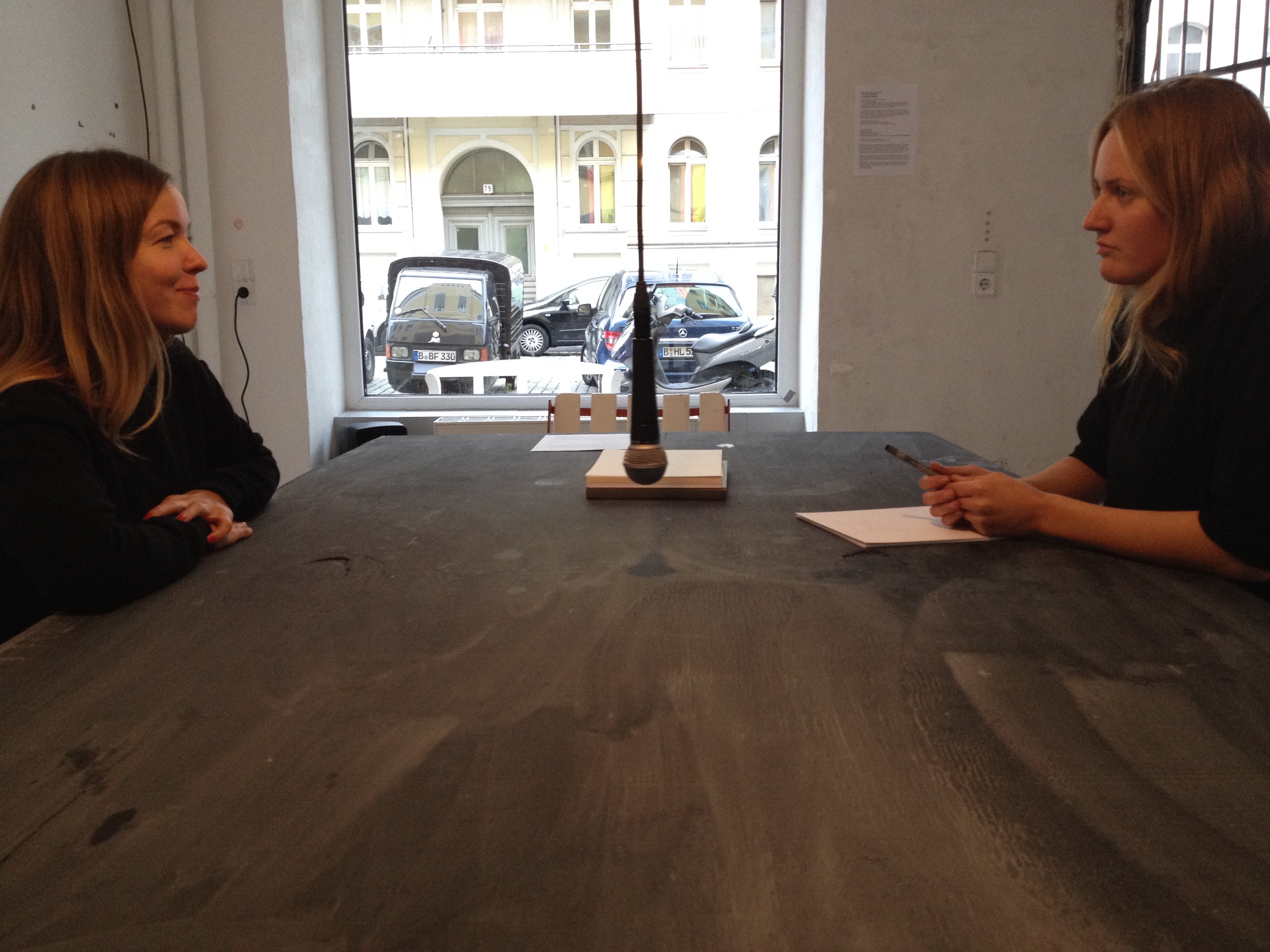 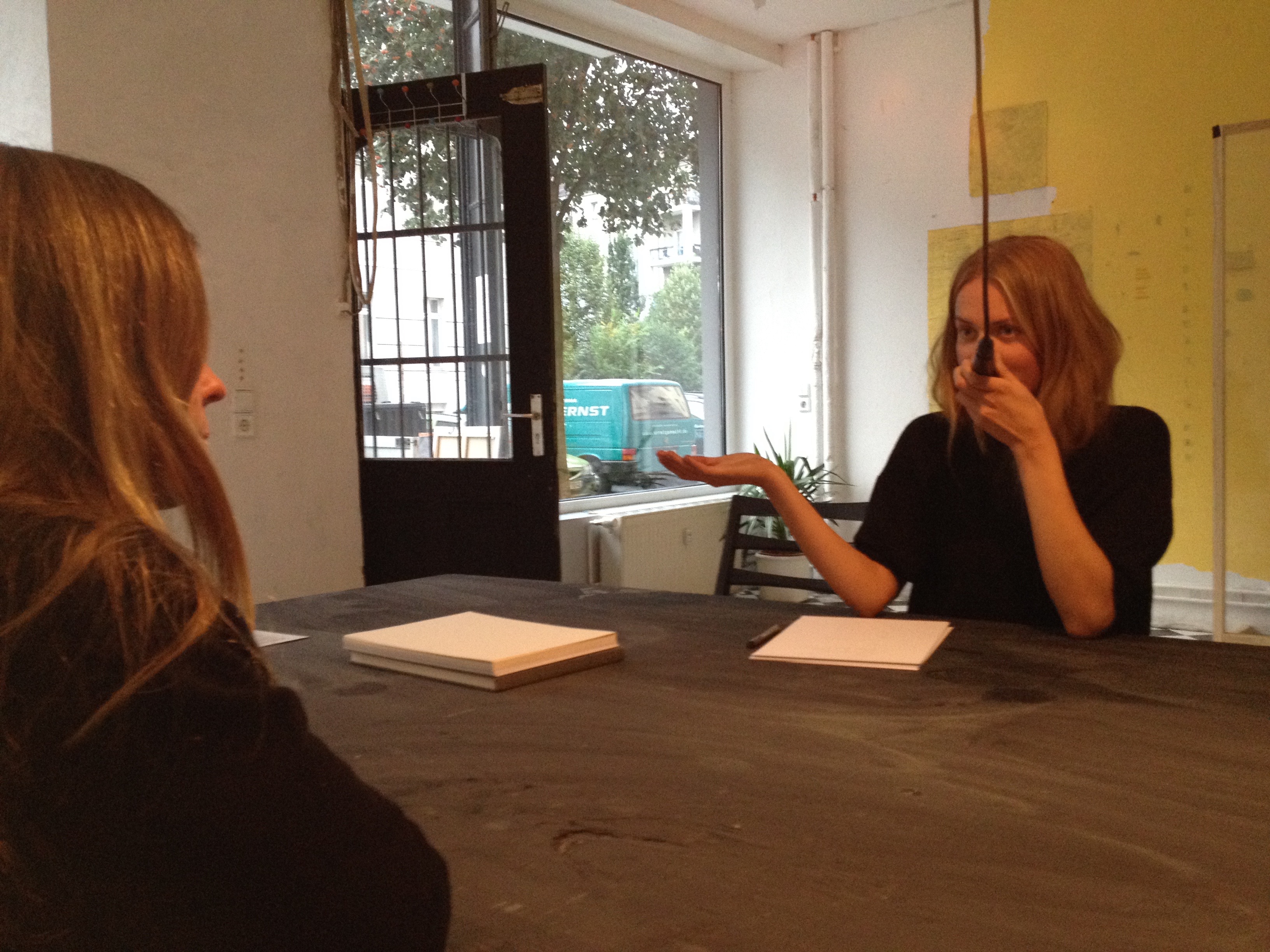 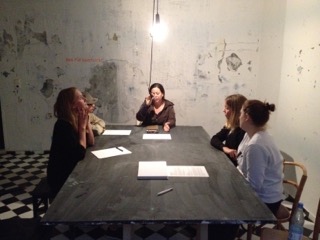 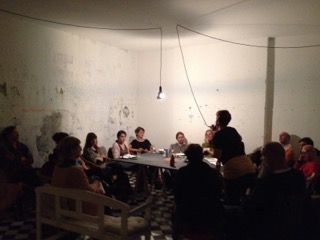 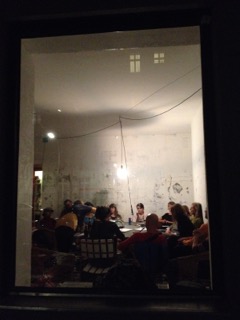 kadri noormets and asia baś ::::::::: AIR WITH CONTENT 10 degree something

one 10 degree something is a minimalistic microcosm translated into words, put into ten numbered lines. the essence of each microcosm created is based on synchronised thinking and written down only when sharing time and space physically. the words appear through listening and talking to each other about something.

in Grüntaler9 the process of creating 10 degree something will be shared with visitors. greeting every member personally.
audience is invited to explore the texts on the table – what has been written, what are the similarities, what is the structure, what makes the whole. at the same time filling the space with their presence.

investigating why and how the abstract becomes personally readable, when does the document become a poem instead.
audience is invited to take a seat and stay around.

the collaboration between kadrinoormets and asia baś started in autumn 2013 in berlin where they worked on their first project “touching (a true story of two climbers and their perilous journey over and under the seats)”, followed by the showing in vilnius, lithuania. since then they’ve been in active dialogue, meeting each other in various places in europe. currently they are busy with a long term project called “air with content”. in 2016 they are presenting its first manifestation, title yet unknown. their collaboration is a tree.

asia baś is a polish performer, player and traveller to unknown places. she is an active member of the people speak – london based arts and media collective, trains action theatre and performs in projects where her subtle subjectivity and strong presence are needed. she performed in works by zorka wollny, selene states, tino sehgal, romeo castellucci, ivana muller, kadrinoormets and many more.

kadri noormets is an estonian performing artist and text creator working on theatre. often radical in her views. even if releasing a book or making an appearance in gallery, it is to elaborate her statement about theatre – an organised space of concentration, as well as art, music or literature potentially, essentially is. books: intourism (Lugemik, 2014), go neo und romantix (Lugemik, 2013). latest performances: formlessly yours (with Diego Agulló, Kanuti Gildi SAAL 2015), procedure of beauty (assisted byAsia Baś, STL 2014), darks in blues (with Diego Agulló, ATF 2014), intourism (Rakvere Theatre 2014), an hour of (STL/ATF 2013). contact: kadri[at]notafe.ee